My Years of 4-FA Abuse: An Anecdotal Report 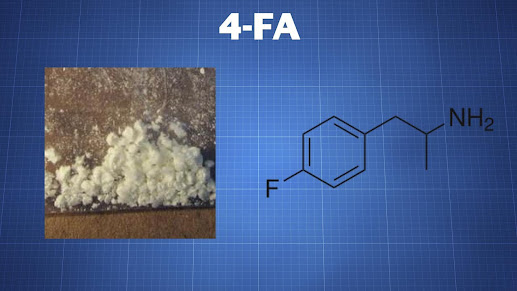 I figured I'd share this for anyone who currently takes fluoroamphetamines and wonders what might happen to their health in the long-term.  There's a worrying lack of research/information on this class of drugs so adding one more anecdote to the pile can't hurt.  Take it for what it is:  one person's story.

During the years that research chemicals flooded into America from China unabated, I made a veritable guinea pig of myself, ingesting every amphetamine derivative that hit the market.  But one stood out:  4-fluoroamphetamine.  4-FA for short.  This sparkly pinkish powder was like a perfect mix of MDMA and Adderall, causing a long-lasting "roll" without the ungodly Suicide Tuesday crash of Ecstasy.  (However, it wasn't without its mood-altering lows entirely).  These serotonin-heavy stims aren't supposed to be addictive in the typical sense but boy, I couldn't stop myself from taking this one daily.  For years.  Yes, this was VERY stupid with everything we know about neurotoxicity of MDA and MDMA, and there's no telling how much damage I did to my brain, not to mention my heart.  Serotonin releasers that behave like fenfluramine can cause serious heart valve problems which worries me more than brain problems tbh.

Anyway, I continued dosing daily for probably 3 years with some breaks off and on.  But mostly on.  I even snorted it sometimes.  It was hands-down the most painful, nosehair-searing substance I've ever snorted in my life.  Meth is like cotton candy by comparison.  (Only tried that once but to hear people complain about how "painful" it is makes me giggle).  I lost huge amounts of weight on the stuff.  4-FA is a thermogenic substance, meaning it raises body temperature in addition to suppressing appetite.  I found myself overheating a LOT.  It was miserable.  My heart rate would be 120 at rest after using 4-FA which is... not ideal.  Nightmares and sleep paralysis were a frequent companion, which tells me something was depleted in my brain... probably serotonin & dopamine.

I have no idea what doses I took at one time, though I tried to be as conservative as possible while re-dosing throughout the day or night.  I tended to lick random amounts of the powder off my hand without measuring rather than taking it in a capsule.  I like microdoses and feel that they're easier on the body.

At the tail end of my 4-FA journey I started using etizolam, which ruined my life and health.  It was at this point I officially lost the magic with 4-FA.  But not before abusing the absolute hell out of both substances for about 9 months straight.  It was all a blur really.  I got fat on etizolam (while still abusing 4-FA) and even fatter during withdrawal, gaining about 40 lbs overall.  I would fall asleep watching porn, hallucinating from lack of sleep.  Open-eye hallucinations were a regular thing in those days due to lack of sleep plus the combo of a toxic benzo and stim.  Whatever happened to my body during that 9 months caused permanent damage as I still haven't regained my sex drive and still suffer some degree of depression/anhedonia 8 years later.  After recovering somewhat from the acute phase of etizolam withdrawal (which took over 2.5 years), I attempted to use 4-FA about 2 more times for "old time's sake" and that's how I found out the magic was gone.  All it did was cause an uncomfortable stimulation... absolutely no "loved-up" magic.  Just like the MDMA abusers describe.

I now take Prozac and couldn't roll if I wanted to, which I'm fine with.  I'll be 40 soon so that chapter is firmly closed.  But I have plenty of sparkly memories of my days on 4-FA, methylone and their even more addictive cousin mephedrone to look back on.  Nobody can take those away.

As for my general health, I have whitecoat hypertension which means my heart races and I get high blood pressure around doctors due to anxiety.  But after wearing a heart monitor at home for 48 hours after a doctor was worried about my fast heart rate, they ruled out serious heart problems like arrhythmia so it looks like I'm in the clear.  For now.  (I made sure to take Benzedrex and work out furiously like I normally would while wearing the monitor to get an accurate reading).  I could grow an arm out of my forehead in the next few years for all we know but I'm cautiously optimistic.  😝