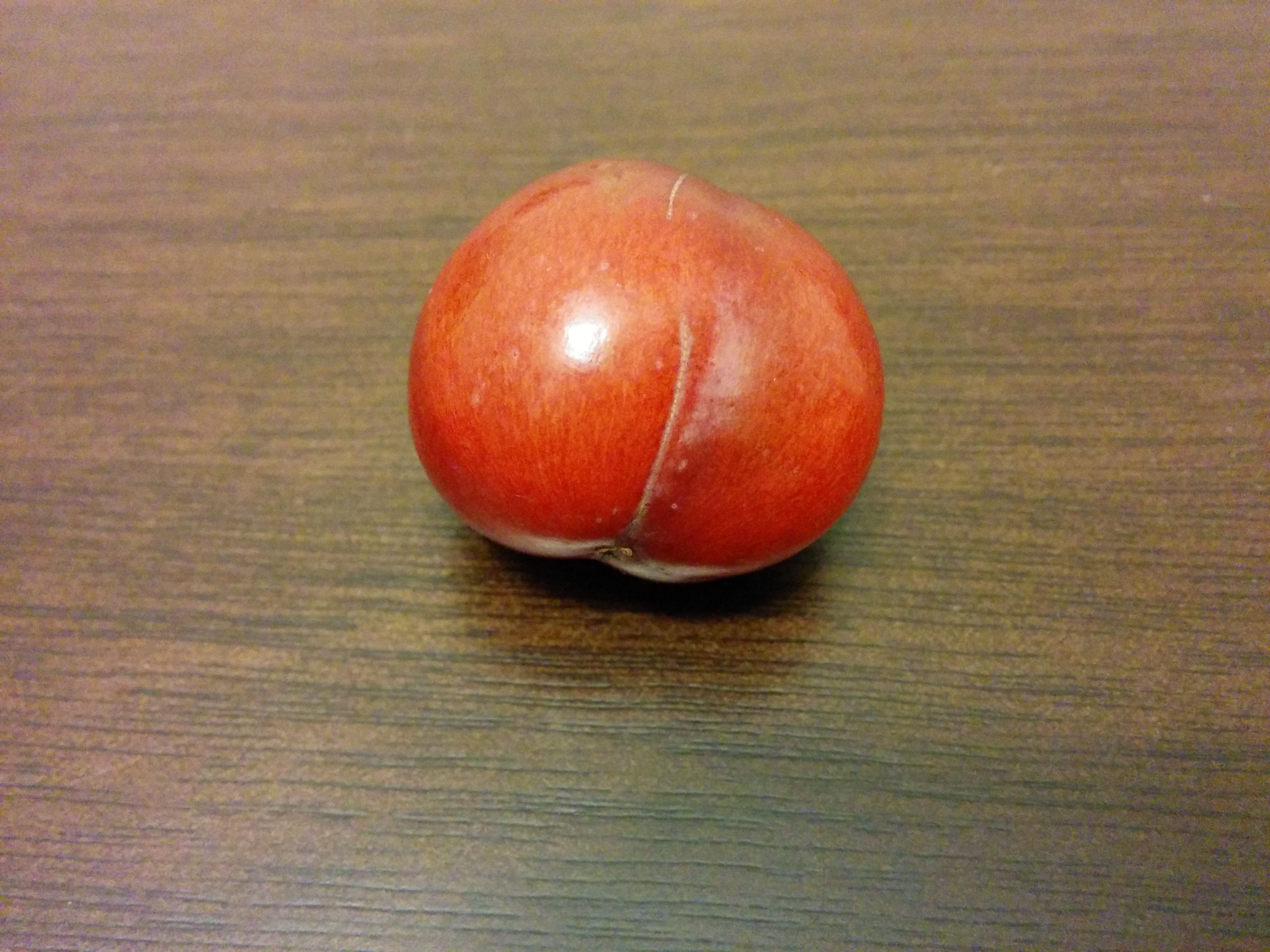 As much as I love edibles, they do a number on my already-sensitive stomach, preventing it from emptying & causing massive cramping comparable to what I imagine gastroparesis feels like.  This side effect doesn't happen with smoked weed, but I can't just be smoking any ol' time due to my living situation. I figured out recently it was the weed gummies causing this bizarre upper GI cramping, which was a relief since I could simply stop eating them & the pain would go away.  And it has.  But I can no longer get high discreetly throughout the day (on weed anyway).  So now what?

I have a full syringe of Rick Simpson Oil but find it too powerful to take during the day, so I figured:  why not experiment with rectal use?  I know it's not too kosher to talk about shoving drugs up your butt--a practice commonly known as "plugging" or "boofing" --but(t) here I am.  They sell cannabis suppositories at my local dispensary but they cost a whopping $20 plus tax for ONE SUPPOSITORY.  Yeah, no.  Ain't nobody got money for that.  I figured I'd spend much less & make my own at home.  Or try to anyway.


After checking out a suppository recipe on MerryJane.com, I hustled over to eBay to pick up a suppository mould & some cocoa butter--the only ingredients I'd need to make these bad boys since I already have some Papayahuasca RSO on hand.  I paid $15 for some reusable moulds & $6.40 for 4 oz. of raw cocoa butter.  I also plan to add some crushed up CBD isolate for balance.  You can substitute a lot of different ingredients when making suppositories, such as coconut oil for cocoa butter, but the former is said to melt quicker & cause diarrhea.  And 00 gelatin capsules can be used as moulds if you prefer.  The instructions for my chosen method read as follows:

However, I won't be making such a large batch the first time around.  I only want to experiment with one or two suppositories so I can play around with the dose.  I break off some chunks of cocoa butter into a microwave-safe bowl & cook it for about 1 minute 35 seconds, watching closely to make sure it doesn't boil or smoke.  I then sneak it to my room where I add the RSO & the other ingredients, blending briskly with a plastic fork.  You want to blend it thoroughly so you don't get one suppository with the entire dose & 9 others with none.

Finally, I dribble the hot cocoa butter into the moulds to cool in the freezer where I leave them for about an hour before putting them in the fridge for storage.  I only added a few drops of RSO to each suppository since I'm exquisitely sensitive to THC & would rather under-dose than go overboard.  They're the perfect consistency after 1 hour in the freezer.  The finished suppositories melt in your hands after a minute or two, so you don't want to hold onto them too long.  They will keep for many months as long as they don't get hot.  Under 75 degrees F should be fine.


I'm unfortunately very experienced with glycerin suppositories due to my chronic constipation (thanks, opioids) so the insertion isn't a big deal.  It's not fun but you get over it.  You want to go about an inch to 1.5 inches in if possible, then try to lie down & not move much while it dissolves.  This can take some time so be patient (and try not to fart).  Make sure to wash your insertive hand thoroughly after using it.

If you're a lady, these particular suppositories can also be used vaginally but it will be a lot more messy so grab a panty-liner & plan to be horizontal for a few hours.  (Vaginal suppositories work entirely differently than rectal ones--more like topical cannabis due to the vagina's thicker walls--so do your research before using them this way).  To maximize absorption, empty your bowels before insertion of the suppository.  I do this by using a glycerin suppository before the DIY one.

Why would anyone want to use cannabis this way?  For starters, medicines administered rectally bypass the liver & stomach, hitting the bloodstream almost as quickly as if they were administered intravenously.  However, there's some controversy about whether cannabis is fully psychoactive when given rectally, with absorption rates ranging from a paltry 3% all the way up to 70%.  Some people report a longer-lasting high with less anxiety & more of a localized warming effect while others say you won't get high at all.  So I'm going into this experiment blind.

People with conditions like anal cancer, PCOS, fibroids & prostate cancer might benefit from putting cannabinoids closer to the source of the problem via suppositories.  I have endometriosis--a condition that causes uterine tissue to grow outside the uterus & bleed each month, triggering chronic immune activation, inflammation & scarring.  If nothing else, maybe the suppositories will help with my godawful menstrual cramps which I fully expect to get worse since I'm taking a break from my birth control pills.  I also have horrid nausea & IBS symptoms when my endo is left untreated.  At its worst I can look like a woman going into labor with waves of gut-wrenching pain washing over me every few minutes.  At that point I'd try anything to stop the agony.  Too bad they don't make heroin suppositories.  (...do they?)  😎

Making these was really messy & inexact my first time.  I made 4 suppositories with a few drops each of RSO in them.  They kept tipping over & spilling so I lost some of the goo but they ended up being nearly full by the time I froze them.  The RSO was thick & didn't blend too easily with the cocoa butter but eventually came out pretty even.

After emptying my bowels, I blasted off around midnight.  I'd been feeling like dogshit all day due to PMS-related nausea & cramping so I'm hoping this helps.  Also been kept awake by migraines all week.  Ugh.  By about 12:15 I start to feel something, though it's not the same as when I smoke or eat a gummy.  My vision feels changed & my stomach is starting to rumble audibly (though not uncomfortably).  I'm laying on my bed while the suppository dissolves & can barely feel it in there, which is good because you can definitely feel the glycerin ones.  Am I high or is this placebo?

At about 12:25 my legs feel like jelly, sort of like if I'd taken a Soma.  I'm not feeling the local warm sensation people write about but there does seem to be a bit of a lower body effect going on.  And my vision remains "crisp".  I just want to lie down & chill.  But I'm not mindfuck high, which is nice.  My sense of time feels altered, but again, it's nowhere near as intense as ingesting THC the normal way.  My mind is clear & my body is heavy.  Who knows?  I may even sleep tonight.

1:50 a.m. - Any effects seem to be tapering down.  I think I'll use a higher dose in each suppository next time, but overall I'm happy with the experiment.  Gonna use the next one vaginally to see how that works out.  I wrap the remaining ones in foil & store them in the fridge, hoping my parents don't ask any nosy questions.

For whatever reason, I can't sleep at ALL tonight.  Likely due to migraine caused by unrelated reasons.  Am up until 6 a.m. with the awful tooth/jaw pain I get before a migraine along with relentless hypomanic insomnia.  I finally take a Xanax & pass out at sunset.  This isn't uncommon for me but 6 a.m. is later than usual.  This makes me think I am absorbing some THC because this is how it typically affects me, making migraines worse (whereas CBD isolate helps).

Next day I decide to try a vaginal one.  Fuck it, right?  I still have 3 left so might as well.  The experiment goes about the same as the last one--very subtle relaxation & time alteration without the mindfuck of orally ingested cannabis.  I end up lying down & getting very immersed in what I'm doing rather than fiending for my next codeine dose.  The onset is more delayed but, oddly, the effects are stronger than the rectal ones which it's not supposed to be.  I definitely feel impaired & have dry red eyes this time around.  Hmmm.  Maybe the dose was higher in this one?

My pee smells like weed which is funny.  I wouldn't want to attempt driving or brain surgery in this state of mind, but then I don't do those things on other substances either.  If one could be drunk on weed, this is what it would feel like--total body stone, deeply relaxed & intoxicated but with none of the racing heart/anxiety/paranoia of a head high.  Yet I'm not sedated or drowsy.  It's actually ideal for my needs.  Was not expecting the vaginal suppository to be more potent than the rectal, but here we are, plastered to the wall at 4:41 p.m.  In a good way.

My biggest piece of advice after repeated use would be:  make your suppositories a compact shape to avoid a mess, and make them potent.  Using the long/thick moulds will result in more mess & leakage...particularly if used vaginally.  Wouldn't want to stick something the size of a glycerin suppository up there.


TL;DR - Weed suppositories are far more subtle in their psychoactive effects but may provide local pain relieving/healing effects at the right dosage.  Don't give up after one experiment because different doses & routes (rectal vs. vaginal) have different & surprising effects.  If you want the "high" or systemic symptom relief, take your cannabis by mouth.  Or heck...try BOTH!  Weed from both ends has to be better than one, right?
at January 18, 2020