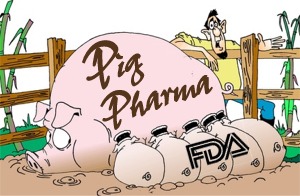 The FDA has officially hit a new low in their war against kratom.  During Scott Gottlieb's manic Twitter ravings in the past few days, he's claimed that kratom has claimed the lives of two people:  Ryan Jones & Caleb Sturgis of Philadelphia.  These deaths are being attributed solely to kratom as no other drugs are present in the toxicology reports, which supposedly makes them more damning than all the rest.  Several news outlets including the NBC 10 Philadelphia, Pennlive.com & WCHE 1520 AM have picked up the story.

The problem?  CALEB J. STURGIS OF PA DIED IN A CAR ACCIDENT, not of "acute mitragynine toxicity" as stated in the articles.  Here is the proof:

The Chester County Coroner’s Office is reporting two deaths attributed to mitragynine toxicity due to consumption of kratom, an herbal supplement marketed as a natural painkiller.
Ryan Jones of Caln Township died April 30 with the cause of death determined to be mitragynine toxicity with hypertensive cardiovascular disease as a contributing condition. Caleb Jonathan Sturgis of West Bradford Township died June 27 of acute mitragynine intoxication.
The manner of death was accidental in both cases, according to the Chester County Coroner’s Office.
...they then go on to talk about kratom's unknown risks of toxicity & health complications for the rest of the article, telling healthcare professionals to "be on the lookout" for this "new & deadly" drug.  Typical drug war media hype.

Caleb Jonathan Sturgis, 25, of West Chester, a care manager at a Glenside agency that offers support for the deaf, died Wednesday, June 27, in a one-car accident on the Pennsylvania Turnpike in Tredyffrin Township.

State police said Mr. Sturgis was eastbound when his Toyota Corolla veered onto the Valley Forge Plaza exit ramp and struck a curb, causing the vehicle to flip onto its roof. Mr. Sturgis was pronounced dead at Paoli Hospital.

Mr. Sturgis, who was deaf, had just started a job in May with PAHrtners Deaf Services, which offers behavioral, developmental, and therapeutic support to deaf people. He was on his way to work Wednesday morning when the crash occurred.

...and the rest of THAT article goes on about how Mr. Sturgis was an upstanding citizen who worked with the deaf.  Not a word is uttered about kratom, mitragynine toxicity or anything related.

So which is it?  Did he die in a car crash or of "acute mitragynine toxicity?"  Because it can't be both.  Acute mitragynine toxicity implies that he overdosed on kratom, not that he had a seizure or other medical event.  But as everyone knows, it's nearly impossible to overdose on kratom alone as it does not depress breathing like opioids.  The kratom article doesn't even mention the car accident in passing, nor does the car article mention kratom, which should raise huge red flags to anyone paying attention.  The other man (Ryan Jones) who was alleged to have died from kratom alone suffered from hypertension & was "a little overweight," so it's likely kratom wasn't the only contributing factor in his death either.

This blatant propaganda is an insult to the intelligence of the American people.  I encourage anyone reading this--kratom user or not--to send comments to the websites & stations regurgitating this nonsense story.  I linked a few of them above.  Let them know you won't tolerate this level of lazy, irresponsible journalism any longer.  That's the only way they'll ever get the message.  If they'll lie about this topic, what else are they willing to lie about?