Superdelegates and the Fracture of the Democratic Party 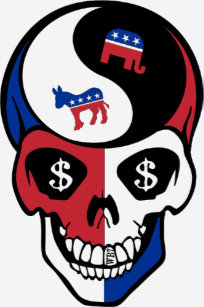 Note:  To any Republican or otherwise conservative readers I may have, forgive me if this bores you.  It's aimed at the liberal-leaning demographic; the Democratic Party in particular.  Actually you might find some of it agreeable since my goal is ripping them a new one.  😂

I scrolled past a post on Twitter the other day that contained a poll:  Which candidate should run for president in 2020?  There were 4 options, one of whom was Bernie Sanders.  The others are hazy but one of them was Joe Biden.  Biden won the poll by a landslide.  The man who proudly claimed to be "not a Jew but a Zionist at heart" and is known for doing exactly nothing in his 8 years as Vice President.  Mmmkay.  Bernie came in dead last with only 10% of the votes & some very offensive comments about how he was the only one they WOULDN'T vote for.  I bit my tongue.

A few days later I stumbled upon an even more troubling post that read:  "Dear liberals, can we all agree right here & now that, no matter who wins the Democratic nomination, we'll all vote for them to get Trump OUT?"  Again, several folks said they'd vote for anyone but Bernie Sanders but couldn't give a coherent answer as to why.  But it was the question itself that knocked the wind out of me.  Why should Americans settle for a crooked centrist as their Democratic nominee?  Why don't you give us something to vote FOR instead of against?  Fear shouldn't be the only motivating factor.  A candidate should earn every single vote they receive.  And those votes should come from the people--not shadowy elite entities like the Electoral College or superdelegates.

There's so much talk blaming 3rd parties for Trump's win when that's not even what fucking happened.  Do people not know what the words "Electoral College" mean?  That's why Trump won.  Even if all of Jill Stein & Gary Johnson's fans voted for Clinton she still wouldn't have won.  Get it?  If mainstream Democrats had their way, they'd do away with 3rd parties & just crown someone like Clinton, Biden or some other wet noodle Wallstreet humper as king or queen of their party.  No need to vote--just let the superdelegates handle it.

There's that word again:  superdelegates.  Those pesky shadow people whose votes count for more than regular voters.  According to this 2018 article in The Guardian, superdelegates are often associated with banks, big corporations & payday lenders.  That doesn't seem like a conflict of interest, does it?  Surely those types wouldn't be biased against someone like Sanders whose sole mission is taking down unscrupulous businesses & making corporations pay their fair share?  According to the same article, Sanders won the vote 44 to 39 in Indiana, but after the super delegates had their say, Clinton was given 46 delegates versus Sanders’ 44.  Ditto for New Hampshire.  Yet any time someone claims the Democratic primary of 2016 was "rigged," Clinton supporters shoot dissenters down & call them sore losers, telling them she won fair & square.  Mmmkay.

THIS is where the claims of cheating & "rigged primaries" came from.  Clinton didn't technically rig it herself, but she benefited handsomely from a system that's set up to give the corporate darlings the nomination 100 times out of 100.  And let's not forget that whole Debbie Wasserman-Schultz email debacle.  After she was exposed for favoring Hillary & left the DNC, what does Clinton do?  HIRES HER TO JOIN HER CAMPAIGN.  But Bernie Sanders, Jill Stein & "Russia" are to blame for her loss?  Okay.  Couldn't have anything to do with her blatant & shameless corruption or anything.   /s

The history of the superdelegate system is a sordid one.  First of all, the Republican party doesn't have them at all, likely because they don't need them since their voters don't tend to lean in a truly progressive direction to begin with.  The superdelegate system was instated after progressive candidate George McGovern slipped past Establishment control and won the Democrat Party nomination in 1972. The DNC had to ensure that this never happened again, so they tightened their stranglehold on the party by introducing superdelegates--people whose votes count for more than the rest of us. 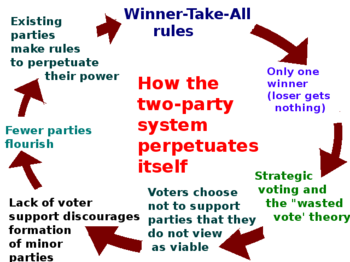 If you're a loyal Democrat, you may be asking why the party that refers to itself as "liberal" or "left-leaning" would do such a thing.  The answer is simple:  we don't have a truly leftist, progressive party in this country.  We have moderate conservative (Democrat) and extremist conservative (Republican).  A truly progressive leftist party would support universal healthcare, affordable college education, ending wars for oil, environmental justice, fighting poverty & classism and labor laws that bring workers' rights up to par with other developed nations.  They would not accept handouts from Wallstreet or covertly wage wars around the globe with drones while spying on citizens at home.  They would stand up for our personal liberties & work toward prison reform, overturning non-violent convictions & instead filling the prisons with violent offenders like rapists, child abusers & murderers.  Not create a 3-Strikes Law like Bill Clinton did, which is responsible for locking up more non-violent (Black) people than any other single piece of legislation in American history.

So to answer OP's question:  No.  I won't be "voting blue" at the cost of my dignity.  I won't be voting green, red or any other color either unless that candidate wins my vote by talking the talk & walking the walk.  And neither should you.  That's how we end up with these shitty candidates in the first place.  Claiming that true progressive Democratic Socialists are 'Russian bots' is doing the Democratic party no favors.  It's intellectually lazy & is tearing the party apart even more than it already is.  The best move they could make is abolishing the superdelegate system & appointing unbiased people to the DNC--people without a favored candidate or hidden agenda.  One person = one vote needs to be the rule throughout the entire U.S. voting system, though I don't see the Electoral College going away anytime soon.  But we can start with our own so-called 'liberal' party & set a good example for how democracy can work when it's not corrupted by rigged primaries.