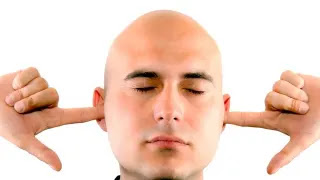 So I may not have disclosed this about myself but I have several mental health diagnoses, one of which is autism spectrum disorder.  I was only "formally" diagnosed in my 30's though I've known for much longer.  It affects my ability to socialize by making me painfully shy (I treat my social anxiety with drugs, heh); causing sensory overload, deep fascinations with random topics & adherence to routines.  Blah blah blah.  You probably know what autism is and if you don't, here's a link to learn more.  I also struggle with OCD and a terrible phobia of sickness/germs, which has NOT been easy during a pandemic.  Therapy has helped immensely but still...I have my moments.

Because I'm already an extreme introvert, the lockdown hasn't affected my daily life much if at all.  I already worked from home & mostly leave for errands & doctors' appointments, though it would be nice to see my friends this year.  And I'm already broke as a joke.  That doesn't mean I haven't been affected though.  One thing that annoys the shit out of me has been the incessant complaining that social distancing is asking too much or, worse, that wearing a mask is somehow restricting freedom.  Come the fuck on.  Even if you're an extrovert to the Nth degree, you (general you) can put your desire for social interaction aside for the greater good.  If you had, this would all be over.  But no, you had to party & travel all Summer and now we're worse off than we were in the dark, cold days of Winter and early Spring.

Modern humans have everything we could possibly need or want to make isolation comfortable:  Netflix, internet, food delivery, eBay/Amazon, Spotify, Zoom, every video game imaginable... yet that's not enough.  Not only are adults defying lockdown protocols, they can't wait to push their kids out the door to get them back in school and out of their hair.  I get that some of you don't have much choice due to your own demanding jobs & lack of childcare--I'm not addressing you.  It's the ones who simply think in-person learning or "seeing their friends" or playing sports is more important than their kids' health who are the problem.  Those things pale in comparison to the potential permanent damage to your kid's brain, heart, lungs or other organs as a result of this highly contagious virus.  And that's not even considering the possibility of bringing it home to YOU or grandma.  Or the teachers & staff getting exposed.  Nothing anyone does right now just affects them.  There is no "you do you and I'll do me".  Not in a pandemic.

Maybe this is where my autism becomes a problem.  I tend to overthink things until they drive me insane.  America's reaction to the pandemic has just pissed me off more than anything.  Our selfish, short-sighted behavior has created a second war on top of the dire fight against the disease itself.  A war against willful ignorance, pseudoscience & incivility.  We shouldn't even be discussing going back to work or school until this virus is under control--until we have enough ventilators, hospital beds, blood tests (including accurate antibody tests) and preferably a vaccine or medications that prevent death.  Yet here we are:  The only nation on Earth speeding happily toward our demise in the name of profits & politics.

Americans are moved to action in short order by violence:  planes crashing into buildings, bombs in federal buildings, mass shootings & other "exciting" and visible forms of blood & gore.  But invisible killers like viruses, bacteria, diabetes, toxic chemical spills & other diseases don't hold our attention in the same way despite the death toll being much higher.  As someone with a mortal phobia of illness & disease, this is frustrating beyond words.

I may want to die at times but not for the stock market and NOT from a painful, tortuous disease like COVID.  And that's my right.  You only get one life and one body.  Nobody can force you to sacrifice it for their benefit.  There are worse fates than death anyway, like chronic illness & disability which COVID is certainly capable of causing.  A recent study on 100 recovered COVID patients showed that 78 of them had heart damage 3 months after infection.  2/3rds of them were never hospitalized and only had "mild or moderate" symptoms of COVID.  Some were asymptomatic.  Myocarditis is no joke & can lead to heart failure, heart attacks & other problems down the road.  While not definitive, this study shows a desperate need for follow up on the virus's effect on heart function.  These were Germans, not fat lazy Americans by the way.

As someone who developed lifelong chronic fatigue after a respiratory illness as a child, I know all too well what it's like to get sick & never get well.  If the above cited study is even partially reflective of wider society, we're in trouble.  Our broken healthcare system and its private insurance system cannot handle the fallout from this.  Our so-called "liberal" party has just voted down Medicare For All in the midst of the worst pandemic our nation has seen since 1918 which is not reassuring.  It all feels very apocalyptic, doesn't it?  Edit:  And now another Black man has been shot in the back by police in Wisconsin.  This was followed by a white vigilante teen killing two protesters and injuring one with an AR-15 style rifle and walking away unscathed.

If you have a mental or developmental disorder, I'd love to hear how you've been coping with the corona crisis or 2020 in general.  I'm clearly blogging about it which is helpful but not extremely lucrative so far.  Drop a comment (or perhaps a donation if you're feeling generous) below.