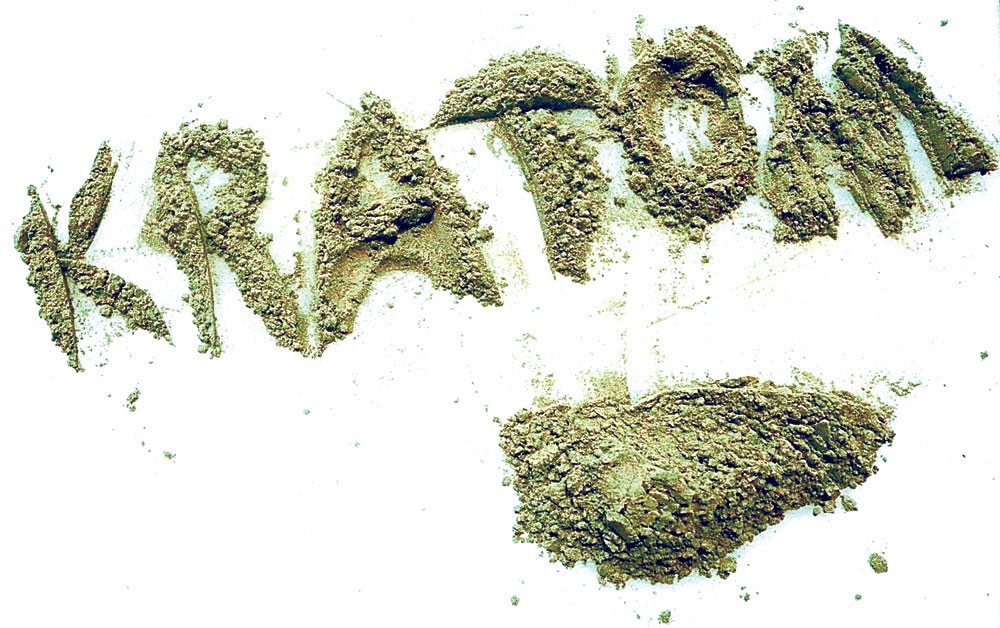 As a "grey area" supplement, kratom's legality is constantly in a state of limbo.  The FDA's Administrator Scott Gottlieb has a hard-on for maligning the plant & has tried every trick in the book to get it banned, including blaming some 32 deaths on kratom, tying it to a Salmonella outbreak, "declaring" it an addictive opioid & more.  If not for the lobbying groups fighting to protect the plant, it would've long ago been scheduled along with other substances like khat & coca, which are extremely safe & non-toxic but lacked the political clout of Washington lobbyists to keep them off the chopping block.

The next and perhaps most Orwellian trick up their sleeve is SITSA:  the Stop the Importation and Trafficking of Synthetic Analogues Act.  This bill gives Jeff--"I supported the KKK until I learned they smoked pot"--Sessions sole power to ban any substance he deems dangerous with no requirement for scientific proof of harm & potential mandatory minimums for anyone caught with said drug.  It creates an entirely new legal category--Schedule A--for substances that are "chemically similar" to already-illegal drugs.  This obviously creates a problem since "chemical similarity" is in the eye of the beholder.  The wording is broad enough to apply to virtually any plant, nootropic or supplement but is being sold to the public as a way to fight the opioid crisis by stemming the tide of fentanyl analogues.  Not only kratom but things like tianeptine, phenibut, San Pedro cactus, etizolam, clonazolam & kanna could be banned under SITSA.  You can track the progress of the bill here.  I urge you to do more than track it by calling your representative & telling them to vote NO on this hideous piece of legislation when the time is right.

So, with all of this doom & gloom, where does that leave kratom in 2018?  Many popular U.S. vendors lost a lot of payment processors this year around the time Reddit banned sourcing (coincidence?  fuck no), making it hard for people like me to make purchases.  A few vendors like Krabot only accept cryptocurrency now while others still take credit card or prepaid debit.  Precious few domestic vendors are taking Paypal these days, and none advertise it openly for fear of having their accounts frozen & losing their money.  But you can still buy directly from Indonesia & pay with Paypal for some reason, which is quite convenient if you don't mind the wait.  As long as you live in a state where kratom is legal, you shouldn't have to worry about your order being seized at customs as of now provided the vendor includes all the proper documentation.  Many of these overseas sellers have minimum order requirements of 5 kilos or more though, so be prepared to fork over some cash.  Here is a list of Indo vendors who are operational as of 2018, along with links to their websites.  (As you can see, Reddit is losing its traffic to knockoff sites like "Said It" & "Voat" where free speech is actually allowed...serves them right).

Some of the most potent strains I've come across this year would have to be Red Bali from Canopy Botanicals, Red Kali from DG Botanicals, White Hulu from Borneo Botanical & Super Green Malay from Swirl Girl Inc.  Red-veins are still my mainstay while I use tiny amounts of whites & greens as an energy boost & appetite suppressant once or twice a day.  I find that a bit of Black Seed Oil or CBD flower boosts the effects nicely.  Agmatine sulfate I use once a week as a tolerance reducer; it seems to boost my energy while lowering the amount of kratom I have to take.  This may sound like a lot but I was a (responsible but daily) opioid user for 16 years before switching to kratom & this is the least drugs I've ever gotten by on.

What are some of your fave strains of 2018?  Do you have a "doomsday" stash in case the worst happens?  Have you donated to the AKA or other kratom lobbying groups?