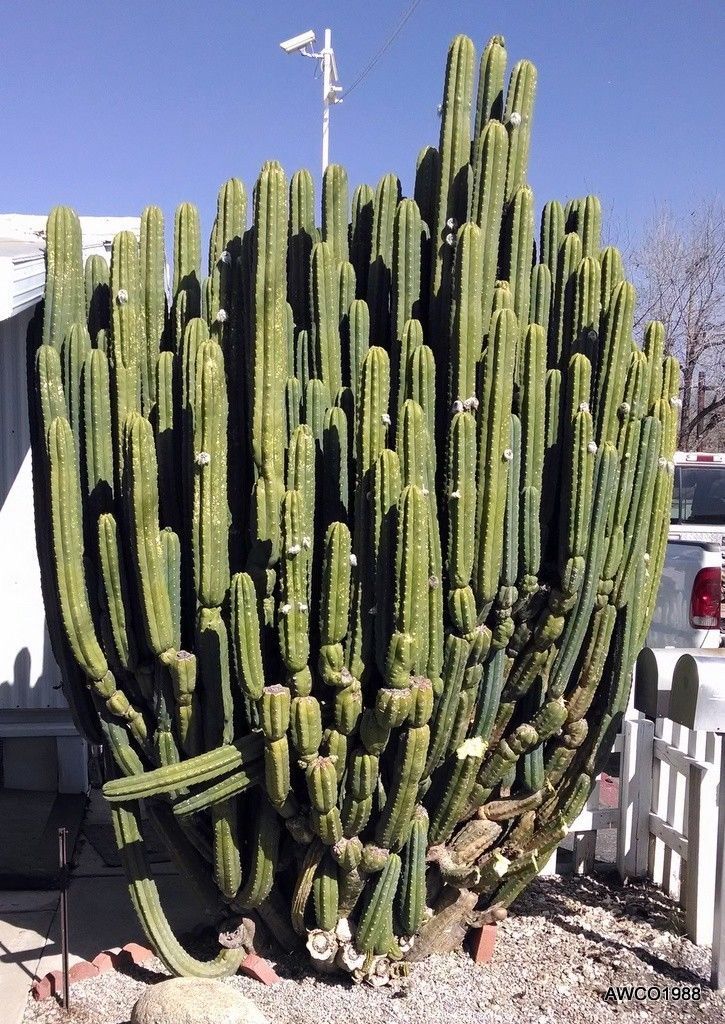 Even if you're not a well-versed psychonaut, you've probably heard of mescaline.  But what is it exactly?  Well, mescaline is a psychedelic drug that belongs to the phenethylamine class--the same class as drugs like MDMA, 2C-B & DOM.  Stimulants such as cathinone & amphetamines also belong to the phenethylamine family, but they lack the psychedelic effects of these other drugs so we'll leave them for another day.  But they do share some similarities with mescaline.

Peyote is the most well-known (and illegal) source of mescaline.  It's been used for centuries by the Native American Church in their meetings as a medicine & healer of disease.  But it's also close to going extinct.  Peyote takes nearly 10 years to grow to full maturity & is badly over-harvested in its native Texas & Mexico.  Luckily, there's a perfectly legal & fast-growing source of mescaline in the San Pedro cactus (Trichocereus pachanoi) and its cousin Peruvian Torch.

Both San Pedro & Peruvian Torch are rapidly-growing cacti that can get very tall if left to their own devices.  Preparing them for ingestion is perhaps the biggest hurdle to taking a mescaline trip, as it's very tedious & messy.  But don't let that deter you.  If you like long-acting psychedelic trips, it's well worth the work.  All you have to do is peel off the waxy outer layer (with spines--ouch!), cut the flesh away from the core & ingest the gooey fleshy part.  Sounds easy, right?  Not really.  The "cactus snot" as it's often referred to is incredibly bitter & the vomit-inducing when taken as-is.  Some people throw it in a blender & try to chug it, but I could never master that level of gastrointestinal fortitude.

I chose to dry the flesh in the oven, grind it up in a weed grinder & put it in capsules, which definitely produced the desired effects.  But even though there wasn't a hint of cactus taste, I still ended up getting nauseous--EXTREMELY nauseous--for about 2 hours at the onset.  Most normal people would just puke & get it over with but not this little psychonaut.  My body has an aversion to vomiting so I fought it for 2.5 hours which was utter misery.  I even took it with ginger tea & a hit of cannabis to fight the sickness, but to no avail.  It's been said that pure mescaline induces nausea so maybe the cactus has nothing to do with it.  Or maybe those "dry" cactus bits rehydrated in my guts & became slimy again.  Whatever the case, it was bad.  If you don't mind being nauseated for a bit or throwing up, it won't be much of a deterrent.

The trip itself is very "sparkly" & comes on in waves of energy that make you want to go outside in nature & enjoy yourself.  I felt hints of MDMA in there but they were minimal.  I walked to Sonic by myself & suddenly felt very alone during the peak of my trip, but it was still fun.  My limbs felt light as air as I glided home with my greasy fast food in hand.  You'd think eating that junk would be a bad idea, but I scarfed it down with no problems & went on with my day.  As with all my psychedelic trips, I'd planned this one down to the last detail but ended up abandoning the plans when the drug kicked in.  Petting my cats was all-consuming but I suddenly felt exhausted & decided to lie down.  That's when the closed-eye visuals kicked in.

This is where mescaline really shines compared to tryptamines like shrooms.  The closed-eye visuals are intense & feel as if they're coming from a third-eye deep within your psyche.  They consist mostly of web-like shapes & Southwestern looking zig-zag patterns like you'd see in Native American art.  (I know that sounds really cliche but I lack the words to describe it).  They come at you as if you're zooming through space & are constantly morphing into other shapes as they approach.  Very cool.


I attempted to play Super Nintendo when my (then) partner returned home from work, which was really fun.  We played Kirby's Dream Course, a low-speed golf game where Kirby is the ball.  Yeah.  It's trippy without drugs.  The trip was still going strong a full 12 hours after ingesting the cactus pills which was kinda exhausting but then again I'm not much of a psychedelic fan in the first place.

Conclusion:  If you like psychedelics, you should absolutely try San Pedro or Peruvian Torch cactus at least once.  They provide a long-lasting, affordable trip that is full of energy & spiritual closed-eye visuals.  It's a much more functional high than, say, LSD and nowhere near as scary/dangerous as Ayahuasca or Iboga.