Bradley Nowell & the Dark Side of Untreated ADHD When you hear the name Bradley James Nowell, you may not instantly recognize it.  If you do, there's a good chance you don't place him in the same category as music legends like Janis Joplin, Jimi Hendrix, Karen Carpenter, John Lennon, Miles Davis or Elvis.  But maybe you should.

Bradley was always a misfit.  Unlike many other music legends who were members of the "27 Club," Brad died at the ripe old age of 28 of a heroin overdose.  One year late.  He was chubby & often performed shirtless.  He made his Dalmatian Louie an official member of his band.  His music with Sublime can't be pigeonholed into any single genre, as it included a bit of everything:  reggae, alternative rock, hip hop, ska & punk.  Sublime were strongly influenced by the 2nd wave ska revival that had overtaken the U.K. in the early '80s (Americans were about a decade late to catch on) with bands like The Specials, The Selecter, Madness & The Bodysnatchers.  But he was equally infatuated with hardcore punk, conscious rap like that of his idol KRS-ONE & the laid-back roots reggae of Peter Tosh & Bob Marley.

Sublime were Long Beach natives who represented everything Californian:  beaches, sunshine (this was their logo), surfing, swimming & West Coast skate culture.  Their music came to be associated with annoying frat bro culture, but that was no fault of their own.  Well, mostly anyway.  They were known to play almost exclusively at house parties & other drunken shindigs that would routinely get shut down by police for disturbing the peace.  They'd often play in exchange for alcohol or pot instead of money early in their career.  They sold 60,000 copies of their album "40 oz. to Freedom" from the trunk of their car before landing a record deal with a major label. Tragically, Brad would die of an overdose shortly before the release of the band's biggest album so he never got to see the fruits of his years of labor.

To the casual listener, there are no hints of Brad's inner turmoil in the band's breezy island sound, yet he spent much of Sublime's career addicted to heroin & other drugs.  Heroin isn't a 'fun party drug'--everyone knows the consequences of putting a needle in their arm, so you need to be in a pretty low place to even consider trying it.  So what ultimately turned him on to heroin & other hard drugs like crack?  I can find nothing in his childhood that points to severe trauma.  His parents divorced when he was 10 but he had a fulfilling childhood surfing & traveling with his dad.  Both parents were music buffs & helped him learn to play guitar.  There's no mention of abuse or neglect in his younger years.  He was the kind of kid who got good grades but would finesse his kid sister into doing his homework--an intelligent slacker.

From an early age Bradley showed signs of hyperactivity, eventually getting a diagnosis of ADHD.  His mom actually relinquished custody to his dad by the time he was 12 due to his bad behavior.  But beyond that there were no major psychiatric illnesses noted.  At the time of his death, the band had just completed what would become their most successful album to date, the eponymous "Sublime".  He'd also married the lovely Troy Dendekker a week prior & had a son named Jacob that he loved dearly.  He'd also managed to abstain from dope for about a month, which cruelly makes relapse even more dangerous due to reduced tolerance.  The rest is history.  But I can't help wondering why he turned to such an ugly drug when he had everything to live for. 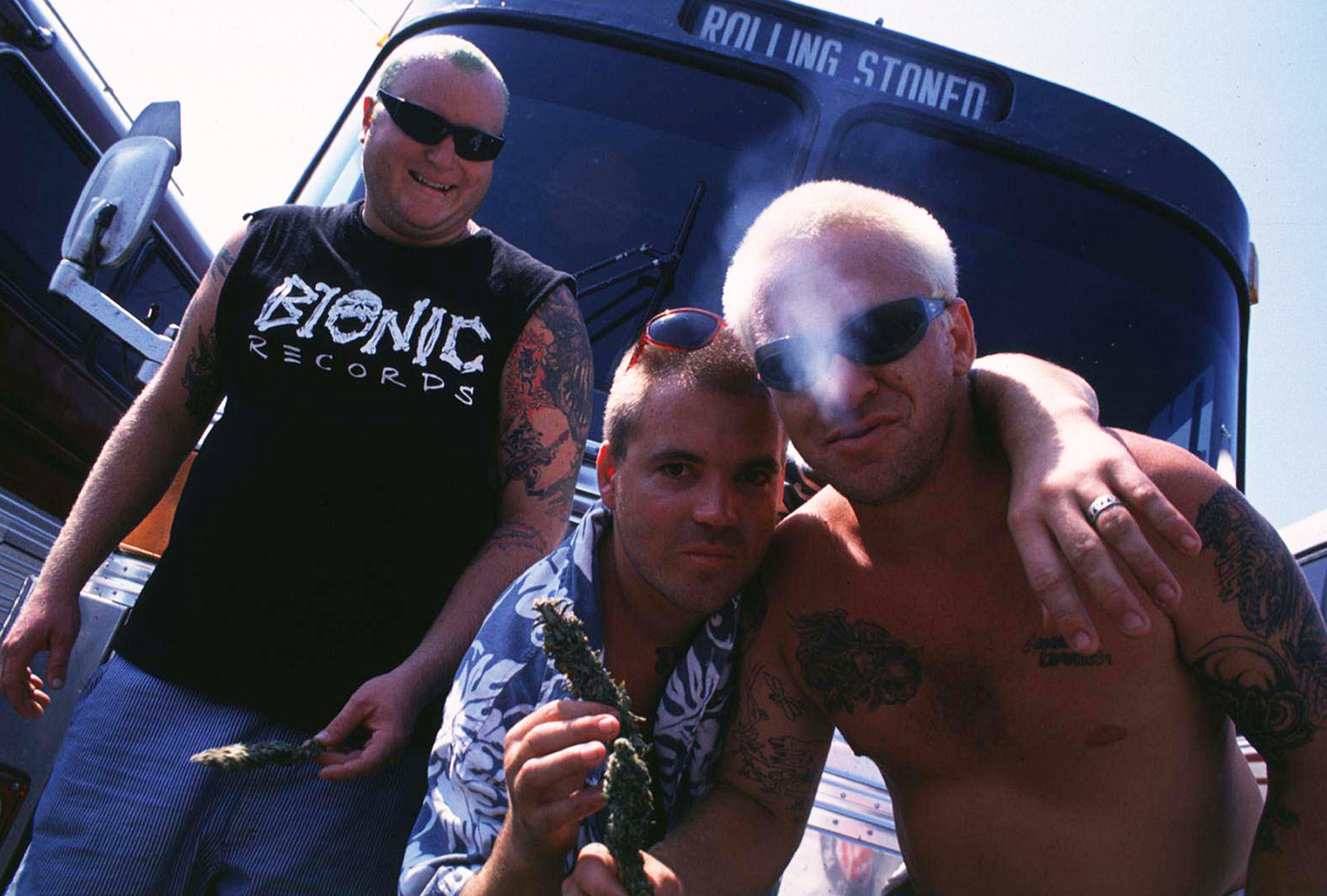 Upon closer examination of his lyrics, it DOES become apparent that they're not quite as carefree as the sweet reggae beat suggests.  Take this one from Pool Shark:


"Now I've got the needle
And I can shake, but I can't breathe
Take it away but I want more and more
One day I'm gonna lose the war"

There are tons of casual addiction references in songs like "Badfish," "Garden Grove" and many others.  Were these cries for help?  Attention?  An attempt to look/feel "cool" like other rockstars?  It's been said that Brad claimed he felt pressure to try hard drugs because he was the leader of a band & thought it'd increase his creativity & cool factor.  One short documentary claims he was on a "one year plan" to try dope as an experiment but was never able to stop.  If true, that's the most massive bad decision of all time.  Sounds like a half-truth to me though.  Maybe the weed & booze just got boring & his impulsivity took over.  Untreated ADHD has been shown to put people at risk for drug addiction.  The band's 2nd album was recorded in a crack house & featured the ramblings of a schizophrenic man.  For a fuller picture of the chaos that was Sublime in its heyday, check out this article from a firsthand witness.  Brad was definitely no stranger to wild impulses & dangerous decisions.

It's rumored that Bradley mocked Shannon Hoon of Blind Melon who had died of a cocaine overdose, calling him "weak" and "stupid".  Unfortunately no drug user sets out to become an addict, and no addict believes they're going to actually die.  But Brad was almost proud of the fact that he shot dope & would talk about it to anyone who'd listen, comparing the rush to the high he got from surfing.  The other band members also did crack & other drugs but have managed to survive somehow.  It was all part of the early-to-mid '90s scene in Southern California. Bradley's death actually prompted them to increase their drug abuse for many years.  They've continued putting on shows under the name "Sublime With Rome" but all agree it's not the same without their original lead singer.  A documentary on the band's struggles after Brad died is set to come out in 2019.  Even his son Jacob, who now fronts his own band called LAW, has struggled with drug problems.