Kids on Thorazine: The Schofield Clan

Disclaimer:  I don't have special needs children nor do I claim to be a parenting expert.  But I've taken a ton of psych meds myself & suffer from a number of mental illnesses.  I started on psych meds at the age of 15 and even THAT felt too young to consent to the real risks of drugs like atypical antipsychotics, which can cause severe weight gain & permanent movement disorders (among other problems).  My point here isn't to judge all parents who medicate their kids.  Clearly there's a need to do so in rare extreme situations.  But this story is starting to look more like a case of child abuse, which is why I'm choosing to shine a light on it.  The medicating of children with powerful psychiatric meds is a touchy issue for good reason & will remain so.  This is just one of those stories. 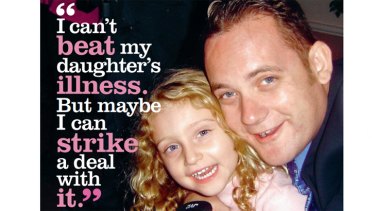 The Schofield family are well-known in the media & special needs community.  They first appeared on Oprah in 2009 with their schizophrenic daughter January ("Jani") & then again on Dr. Phil in 2013.  While many viewers thought Jani showed more signs of autism than true schizophrenia, and her parents were a bit overbearing, not much thought was given to the home situation beyond how difficult it must be to raise a daughter with those challenges.  Her parents Michael & Susan seemed overwhelmed with her frequent psychotic breakdowns & did their best to manage the stress.  Certainly nobody envied them.

And then her little brother Bodhi was born.  And what do you know?  He's allegedly got childhood schizophrenia too!  What are the odds?  Not very high, it turns out.  Schizophrenia in children is exceedingly rare & generally sets in during the teenage years or early 20s.  Something seemed off about this situation, so the "detectives" at Reddit & Kiwi Farms forums started digging & happened upon a goldmine of damning evidence that painted the children's parents as abusive, Munchausen By Proxy control freaks who had only their own interests at heart.  Particularly the mother, Susan.

The most troubling issue is her exploitation of the children in the form of endless Youtube videos & Facebook photos, some of which show her kids in the shower, on the toilet or in other compromising positions.  And she documents in great detail their medication regimens, which are nothing short of jaw-dropping.  The doses of hardcore psych meds these children are on exceed the doses given to most large adult males in the prison system.  We're talking 900mg lithium for a little boy + the toxic anti-psychotic Clozaril, which requires frequent blood testing to check for deadly side effects like agranulocytosis.  And can't forget good old Thorazine--the first ever psych medication to hit the market in the 1950s that was referred to as a "chemical lobotomy" & replaced the horrific brain surgery for the sickest patients.


Both Jani & Bodhi are taking Thorazine & Lithium and have at times taken Clozaril, Ativan, Depakote & a veritable buffet of other powerful meds.  Vyvanse (lisdexamfetamine; an amphetamine) is another med Bodhi has taken, along with near daily hits of OTC Benadryl "as needed".  (In high doses, Benadryl acts as a deliriant & causes terrifying hallucinations unlike anything a psychedelic drug could ever produce.  They are far more real & frightening and potentially deadly).  In fact, most of these psych medications are not prescribed at all anymore due to their serious & permanent side effects....let alone used in children with developing brains.  *Except in the case of low-income or foster children, as I mention below.

The change in the kids over the years is striking.  Evidence of bone warping, pallor, drooling, bloating, strabismus, weight gain & a blank stare are only some of the features these two have developed likely as a result of these heavy medications.  Where there was once a twinkle in their eyes there is now only an empty, glazed-over stare.  Childhood energy & enthusiasm have been replaced with a dull zombified presence that can best be exemplified with pictures.


I have no doubt the medications make them easier to manage behaviorally.  Any idiot could see that. And I don't think the kids are free of psychiatric or developmental disorders.  I clearly see signs of autism & possibly other issues that need to be addressed.  But medication is supposed to enhance the quality of life of the individual taking it--not the parent or caregiver's.  If you're sacrificing your child's personality, IQ, spirit & health in order to make them easier to care for, you're failing at parenting.  In fact, it's medical abuse.

Not only are these kids ON high doses of numerous meds, they're frequently taken OFF those meds & given new meds without any titration or tapering, which from personal experience can be as bad as opiate withdrawal or any other kind of drug withdrawal.  That's not an overstatement.  Insanely, Susan claimed both kids had "fetal onset schizophrenia" which is not a thing.  She could apparently tell by the "look in their eyes" or some such nonsense.

It must be mentioned that Susan herself has unmanaged bipolar disorder, which undoubtedly influences her decision-making & judgment in this situation.  She comes across as manic & sarcastic and can hardly stop talking for 10 seconds.  This was never more evident than on her recent Dr. Phil appearance.  He stopped just short of labeling her a Munchausen mom but took her to task on her exploitative videos & overmedication of the kids.  It was so crazy it required a double-episode (Part 2 below).

I should probably bring up Susan's new partner, Cory Cabana.  There's not a lot to say about him other than he seems like an opportunist who's in it for the payday.  His own daughter has outed him online as being a lazy jerk who treated her poorly most of her life, and he's said things like "Susan's willing to give me a son" which is beyond creepy.  He's pretty handsy with Bodhi in photos, which has led to speculation of a possible inappropriate relationship.  Bodhi also sleeps in the same room on the floor with his mom & Cory, which is not an ideal sleeping arrangement but stops just short of being illegal according to Michael.  CPS has investigated the family several times but hasn't found cause to remove the kids from the household so I'll avoid speculation on the sexual abuse front for now.  But it would be exceedingly easy to hurt Bodhi since he's mostly non-verbal & easy to manipulate.  😔

Back to the drugs:  Bodhi has been taking adult doses of Thorazine--the oldest antipsychotic medication on the market--since he was 5.  He has NOT been diagnosed with schizophrenia according to his father.  (Michael has his own culpability in this situation: he's moved 1,800 miles away from the kids and has a history of questionable behavior, such as shaking Jani & hitting her as an infant, as he attested to in his book "January First".  But he at least has the common sense to know that Susan is over-medicating them & sabotaging their attempts to live healthy lives).

The terrifying possibility that the medication itself is causing many of the kids' psychiatric symptoms has been raised & is definitely worth considering, though it's important to remember that severe autism sometimes co-occurs with seizure disorders like Bodhi is exhibiting.  There's just no way for us to prove that his symptoms are being caused by the meds (though it can't be ruled out either).  Either way, he should NOT be put on & taken off these medications willy nilly without tapering, as doing so could lower his seizure threshold & kill him.


What would you do in this situation?  I believe the ultimate culpability lies with the doctors & psychiatrists who enable this overmedicating behavior in the first place.  It's quite common in the foster care system, though few people are aware or seem to care.  As long as it's legal to drug your kids into oblivion, there will always be lazy/crazy parents who choose to go that route.  We inherently feel disgust & rage at videos of toddlers smoking weed, and rightfully so.  But what of a kindergartner taking Thorazine or Depakote or high doses of Lithium?  Those drugs are even MORE toxic to the mind & body, yet it's perfectly legal to dose them up with a doctor's prescription.  Or several prescriptions from several doctors in Susan's case.

If drug laws are going to exist, this is the kind of thing they need to prevent; not private consensual adult use of psychoactives.

Update:  The Schofield children have been removed from their mother's care by DCFS & placed into residential treatment!  Susan refused Dr. Phil's offer of treatment & continued posting about the kids on social media, which is thought to have triggered the removal.  Their father was with his new wife as she delivered their new baby when the kids were removed from the home, which was intentional.  The plan is to get them detoxed off all medications to get a baseline reading of where they stand in terms of diagnoses.  Currently, it looks like Jani is showing no clinical signs of schizophrenia off the medication.  Will keep you updated as more is known.

Update 10/17/19:  Dad Michael Schofield was outed on the forum KiwiFarms as one of their verified info "leaks" during a hack of the website.  His email address was then linked to a gay dating profile on which he was seeking a male companion.  He's newly married with a baby & appears to want no custody of his 2 children Jani & Bodhi who are still living in group homes.  His main priority is damage control of his image, which technically violates the gag order he was placed under by the courts.  Can't make this stuff up, folks.
at March 01, 2019