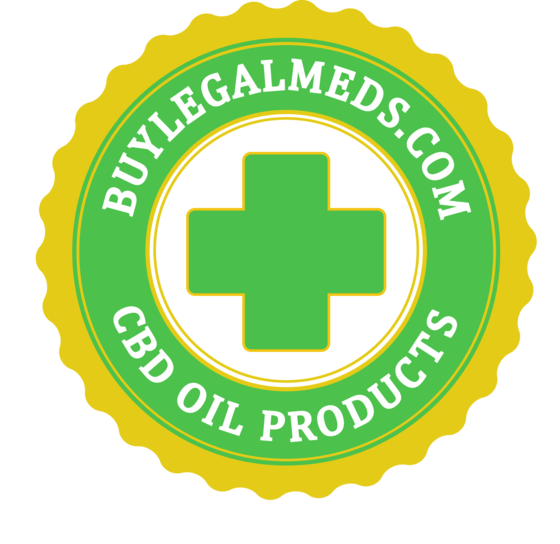 Despite my last negative hemp ordering experience in which my order was seized by law enforcement (yikes), I decided to spend some birthday money on an order from Buy Legal Meds.  It was somewhat of an impulse buy for me after running low on CBD shatter & wanting to try a new vendor.  Their packaging looks very professional & they appear to have a high volume of sales along with a large selection of products ranging from CBD syrups & gummies to hemp buds, isolates & pet treats.  So I pulled the trigger on a small order.

After some comparing & contrasting, I went with the Purple Haze CBD flower & a chillum to smoke it in.  Their strain varieties are impressive & they have quite a few reviews for each on the site.  Purple Haze tested at a 22% cannabinoid level overall, which is pretty high.  There were strains with more CBD but that's not the only factor in the experience for me.  I also look at the color of the buds, the terpene/smell profile & whether it's described as more clear-headed or relaxing.  I tend to like strains with a berry, earthy or skunky scent over anything citrus or pine-y, and the darker greens & purples seem to be a better fit than lime greens with orange or red hairs.  In other words, Indica-dominant types.


The positive:  First off, the smell.  It's unlike anything I've ever encountered with hemp buds or, quite frankly, marijuana.  It has such a vivid, in-your-face scent that it almost reminds me of when dealers would dry their buds with lemon peels or blueberries in a bag to enhance the smell.  Hope that's not the case, but DAMN these are some dank smelling buds.  The cure is perfect, with an incredible amount of stickiness that leaves your fingertips sticky like top-shelf weed.  The weight seemed to be on point (a little on the heavy side according to my scale) & the packaging was sufficient to prevent any smell from seeping through.  Score.

I packed the chillum (first time using one of those!) & went for a backyard walk to test it out.  After sucking some plant matter down my throat, I finally got the hang of it.  Yummy!  There's definitely a head change going on here, but it's subtle.  And I say that as someone sensitive to THC.  Any stronger & I would've felt anxiety for sure.  It was juuuuust right.  My senses were enhanced as I strolled back to the house & melted into a nice sleep about an hour later.


The negative:  I didn't love that it said "Buy Legal Meds" on my bank statement.  That's not exactly the most professional sounding name.  Due to the high volume of sales, my order took 3 business days to ship, which I was warned about on the site upon ordering.  I paid on March 30th & received my order on April 4th.  Not terrible, but I do take issue with the fact that my order statement on the website said I paid for Priority shipping while the USPS site clearly stated it was First Class shipping service.  So that was a lie.  Or maybe an innocent mistake; I don't know.

The price was a bit exorbitant as well for a gram.  I ended up paying $16.63 for a gram + a chillum.  Not the worst in the biz but I've had better.  Oh, and no lab report was included with my order which could've led to problems if the Postal Inspector had seized it like they did with my last order from a different vendor.  BLM provides lab reports on their website but I'd feel better if they were sent out with the orders as is standard in the industry.  Not everyone lives in liberal states like some of these vendors.

Immediately after ordering, I did a Reddit search for this vendor & came upon nothing but negative reviews...just my luck.  People complaining of their orders smelling of weed, bottles being half-emptied upon arrival & other serious issues.  And the owner of Buy Legal Meds wasn't too helpful in his replies on the site, which was a bad look.  However on his own Twitter pages (yes, he has two), it's nothing but 100% gushing positive reviews.  So much that it looked like a bunch of shill pages had been set up just for the purpose of reviewing his products.  This had me worried that something was off, but ultimately my own order went smoothly.  I messaged them with my concerns about smells in advance & they emailed me back ensuring me it wouldn't be an issue which was cool.  And ultimately it wasn't.

The owner of Buy Legal Meds is a well-known Vegas personality who thinks pretty highly of himself, but that's par for the course in that city.  Everyone there thinks they're the entrepreneur of the century, has 50 business cards in their pockets at all times & believes they're 10 seconds away from being "discovered" by some talent scout or celebrity.  lol.  But Joe Vargas is EXTRA narcissistic with his constant self-congratulation on Twitter, bragging about how much money he spends on landscaping, how "hard he grinds" & other elitist shit.  Not exactly endearing for a CBD vendor.  Excuse me, a "CBD Don".  It's downright nauseating.  See for yourself.

Ultimately I try to let the product & service speak for itself, but it's hard to justify supporting someone with such a rank attitude.  Especially when there are much friendlier vendors out there.  My $16 isn't going to make or break anyone's bank account but it's the principle of the thing.  The flower was solid quality--superb even--and the chillum is a neat addition.  I dig the variety but would steer clear of some of the other products unless & until they work out their packaging issues to ensure no smell escapes or your bottles don't get drained en route.  This is strong smelling stuff.

Overall I give this order a 4.0 out of 5 stars for quality, stealth packaging & variety, with price & shipping method being the biggest drawbacks.  I'd definitely use them again for flower based on quality alone, but it'd be nice to see a bit of humility in the owner.  Not likely, I know.