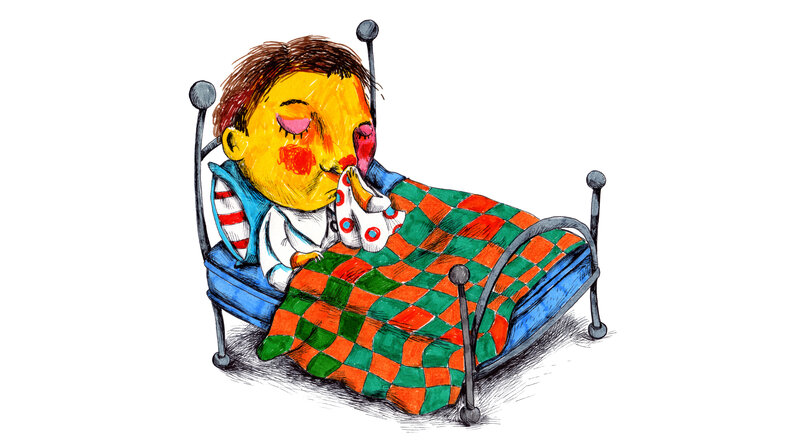 With all the flu, coronavirus, cold & stomach bugs floating around, it seems like a good time to broach the topic of sickness behavior.  When the immune system is activated & we get sick with a contagious illness, our physical symptoms are also accompanied by mental/emotional symptoms like social withdrawal, fatigue & low mood.  Sometimes nightmares or hallucinations are present if the illness is particularly severe.  Other icky symptoms can include appetite loss, brain fog & reduced grooming.  These are known collectively as "sickness behavior" and they serve a valuable purpose--preserving energy to help us fight off infection & protecting others by isolating ourselves socially & thus not spreading the germ.  Good lookin' out, nature.

But what happens when sickness behavior goes rogue & outlasts the infection itself?  This seems to happen when a long-standing illness like Chronic Fatigue Syndrome or Crohn's Disease is triggered by an infectious illness like mono or norovirus, which happens occasionally but not always.  (Notice I say "triggered by," not "caused by".  There's a difference.  Genetics load the gun while environment pulls the trigger).

Turns out, it may be the same with mental illness for some people.

Cytokines are inflammatory proteins that play a vital role in immunity & healing.  They may also be making millions of Americans depressed or chronically tired.  They act on the hypothalamus & other key areas of the brain, producing sickness behaviors like social withdrawal & fatigue when we're under the weather.  The hepatic drug interferon and some chemotherapy drugs are known to trigger the release of cytokines, causing these nasty effects on mood, energy & behavior in patients.  These cytokines cause depressed mood predictably when present in excess.  In fact, the suppression of these inflammatory proteins might be how antidepressants like Prozac actually produce their mood-lifting effects.  This is important because we've been told that they work by increasing serotonin & other neurotransmitters and that low levels of these are the main cause of mood & anxiety disorders.

I'm one of those unlucky folks who got sick one day & never got better.  I was an adolescent when an unknown illness struck--probably mono or influenza--and it wiped out my energy completely.  I'd never felt such fatigue in my life.  At the same time, my chest, throat & head were in agony.  But those flu-like symptoms faded; the fatigue didn't.  I'm now an adult & the exhaustion is as bad as on Day 1.  Doctors are stumped.  Several autoimmune diseases have been proposed along with some sleep disorders...nothing has stuck yet.  I long for the day when my condition has a name, though I fear it'll be something I don't want like Lupus or MS.

There's mounting evidence that obsessive-compulsive disorder (OCD) & some tic disorders may be triggered by strep infection in kids who develop the disorders suddenly before a certain age.  This is thought to be caused by "molecular mimicry", i.e. when the immune system mistakes brain cells in the basal ganglia for streptococcal antigens.  This is what happens in rheumatic fever, a body-wide disease also triggered by strep that can cause something called St. Vitus' Dance--a complex jerky set of movements accompanied by headache, behavior changes, fidgeting & slowed cognition.  PANDAS (the name for strep-induced OCD/tic disorders) is still controversial in the psychiatric field but it seems plausible that physical illness could trigger mental illness.  After all, the brain is part of the physical body--not some separate entity.  In fact, the brain controls literally ALL of the body's vital functions, both voluntary & involuntary.  Why wouldn't this situation work in reverse to some degree?

Next time you're debating whether to go to work, school or the grocery store while sick, think about the consequences of spreading your illness to others who may be immune compromised or prone to developing chronic/autoimmune diseases like these and not even know it.  To every action there is a reaction.  Get your vaccinations, wash your hands, cover your cough/sneeze & stay home when sick if you can afford it.  The chronically ill world will thank you.