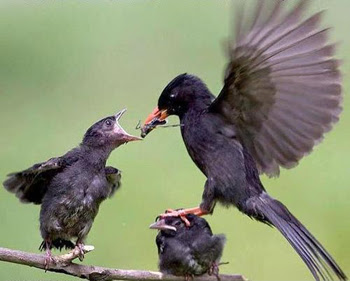 It's usually hard for me to read or write about things that are too close to my heart, but I'll try.  I know a lot of people have dealt with this but it's not talked about too much:  Favoritism.  The kind parents exhibit toward their children--or more accurately, one particular child--for reasons known only to them.  It can happen in any family where there's more than 1 kid and the damage it does is often severe.

Karen Carpenter is a great example of what can happen when a mother showers one child with praise and gives the other the cold shoulder all their life.  They grow up feeling inadequate, trying to be perfect and gain their parent's affection only to tear themselves apart in the process.  I see shades of this in myself and have worked on it in therapy for a long time.  I have OCD and freak out about my appearance frequently, trying to calm the overthinking and hypersensitivity with drugs.  My mom has a strong preference for my brother and always has.  I don't know to what degree sexism is involved but it's deeply entrenched where I live.  She's spineless when it comes to standing up to men in general, be it my dad (who she despises but refuses to divorce) or my brother.  It's actually depressing.

But my sympathy quickly turns to rage when I remember that she has no problem spitting bile at me with no hesitation, particularly if I point out any of my brother's faults.  Or even legitimate concern for his future/well-being.  She's even hit me during one of these "discussions".  No other topic will get her as heated as my brother.  It's as if he's perfect; beyond criticism.  He's not so much a human but an angel walking among us mere mortals in her eyes.  She helps him "find" food in the kitchen, does his taxes, makes his phone calls, makes his bed, does his laundry/dishes and pays for his groceries as well as providing a roof over his 30-something head yet claims he "doesn't need to clean his room" because he "works a part-time job" and "helps around the house".  The other behaviors she excuses are so heinous I won't even write about them here, but you get the picture.  Meanwhile she reminds me frequently that I'm a worthless drug addict and then wonders aloud why my self-esteem is in the gutter.

It's been this way our whole lives.  I was always the "bad kid" long before drugs.  She's always needed a scapegoat.  And by no means am I saying I wasn't a hyperactive brat or that I don't do drugs; but as a parent it's your job to love and treat your kids the same no matter what.  It's called unconditional love.  And as for my brother?  The enabling has resulted in him being a helpless adult flailing in a sea of confusion.  When my parents are gone he will not know where to turn and it will be their fault.  And they give not one iota of a fuck.  Nobody is served by this setup, but I'm the bad guy for daring to bring it up.  Classic narcissistic parent/Golden Child dynamic.

If you can't love all your kids equally, don't have kids.  Favoritism is emotional abuse.  It causes a lifetime of problems with self-esteem, depression and sometimes things like eating disorders, self harm or addiction.  It sets siblings up for a lifetime of sibling rivalry that's actually the fault of the parent but the kids often lack the insight to even realize that, which is a shame.  It's a mindfuck that should be snuffed out at the source--in the heart of the selfish, immature parent who can't be arsed to at least pretend to love all their kids equally.

Were you raised by a parent who favored one kid over another?  Would love to hear you thoughts in the comments.  This is a hard thing to work through even as an adult with many months/years of therapy under my belt.