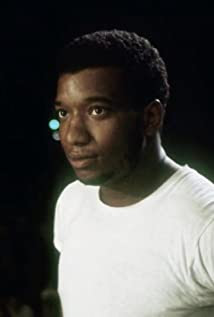 I've always admired people who transcend the limits of their physical body and place in the social hierarchy to stand up for the rights of all oppressed people.  Jane Elliott comes to mind.  If you're not familiar, she's the teacher known for the "blue eyes/brown eyes" exercise in 1968 who has dedicated her life to battling racial injustice as a white woman.  Fred Hampton fit this mold from the other end of the spectrum--a Black man who fought for the rights of poor people from inner city Blacks to Latinos to white Appalachians and oppressed people internationally.  Unfortunately due to his strong socialist views and growing following, he was seen as a threat to the establishment and was snuffed out violently by Chicago police in a late-night raid while he slept.

While Fred was a proud Black man, he didn't let race act as a barrier to helping people in need.  Here's a direct quote from one of his speeches:  "White power to white people, Black power to Black people, brown power to brown people, yellow power to yellow people, red power to red people, ALL POWER TO ALL THE PEOPLE."  Now if someone said this today, they would be torn apart by liberals and the Twitter language police, most of whom belong to Generation Z and aren't used to the concept of class unity.  (To be fair, "white power" has been abused and dragged through the mud by actual white supremacists and neo-Nazis who have given it the hideous image it has today).  But the proof is in the pudding:  What Fred actually accomplished in the segregated '60s was exactly what this divided country needs now more than ever.  Another timely quote from the docudrama Judas and the Black Messiah:

"Let me ask y’all something. If this building caught fire right now, what would y’all worry about? Water and escape.  If somebody were to ask you, “What’s your culture during this fire, brother?” “Water, that’s my culture.” “Well, how about your politics?” “Water and escape.” Well, guess what, America is on fire right now.  And until that fire is extinguished, don’t nothing else mean a goddamn thing."

And that's where we're at right now.  We can get back to quibbling over wedge issues like gay marriage, abortion, gun rights and transgender people in bathrooms (all issues I care about, by the way) when we're not literally on fire.  When we aren't in an active pandemic that's killed 450,000+ Americans in under a year & triggered the worst economic crash since the Great Depression, causing 1 in 6 children to go hungry.  Bread lines for miles, empty store shelves like Venezuela, hospitals full to capacity with dying COVID patients.  Electrical grids crashing due to greedy corporations and climate change.  Riots & uprisings every few months.  We can't even afford to be proper Republicans, Democrats, Christians, atheists, or individuals right now.  BECAUSE WE'RE ON FIRE.  All of us.  Your suburbs, liberal arts degrees and gated communities aren't going to save you forever, nor are your beloved gun and ammo collections.

The only remedy is class unity.  That means getting in the streets with other Americans, some of whom you don't like.  Some of whom you may even hate or fear.  That means Trump + Biden supporters working together.  Scientists + flat-earthers.  MRA's + feminists.  Bloods + Crips.  BLM members + Proud Boys.   And it has to be peaceful, organized and focused on a common goal.  The goal is not to befriend them or change their personal views but to achieve a common outcome:  getting what the establishment owes you, whether it's your boss, landlord, the police, city council, local politician or whoever.  All the way up to the President.

Sound impossible?  Think again.  This is what Fred Hampton did when he united rival gangs and was able to bring together the Black Panthers, Young Lords and Young Patriots--three culturally divergent groups from far-flung regions of the country--to work for a common cause.  The Rainbow Coalition, he called it.  Jesse Jackson later appropriated the term for his 1988 presidential run.  And Fred did it all by age 21.  He didn't have a fancy Ivy League education or special training in psychology.  He just knew who his real enemies were & had the patience to work with people who were unlike himself.  At least superficially.  The hard part is getting people to truly accept who their enemy is.  It's not the person "offending" you but truly fucking you over and making your material living conditions worse.  For this purpose, your enemy is the one with political power or privilege and excessive wealth while you work your ass off or go without; not the other poor/working person up the street.  Whatever their personal beliefs or identity.

Do you think the Panthers ENJOYED looking at the giant Confederate flags sported by the Young Patriots?  Really think about it for a second.  It was revolting enough to drive some Panthers away, and for good reason.  I can't say I wouldn't have gone too.  But Fred saw the bigger picture and allowed them to keep their piece of cloth if it meant getting more bodies in the seats to fight the actual fascists with real power.  Eventually many of them shed the rebel flag once they learned the real meaning of it, which is the natural order of things when people are allowed time to learn and grow on their own.  Below is a wonderful documentary on the remaining Rainbow Coalition members and how their lives played out before and after Fred's assassination.

Most importantly, what Hampton was doing in uniting all these diverse groups scared the establishment so much that simply sending him to prison wasn't enough--they set up an elaborate plan to drug and execute him while he slept.  Herbert Hoover himself, head of the FBI, had his hand in the plot to "neutralize" Hampton.  If this doesn't prove to you that class unity is the solution to this nation's problems, I should probably hang up my blogging hat now because it's pointless.  I'll refer you to my short article on the January 6th insurrection and let you put the pieces together yourself.

Today, Fred Hampton's headstone in Bethel Cemetery, Louisiana is full of holes where an unknown person or persons have fired shots through it.  His son Chairman Fred Jr. has been trying for years to raise money to save his childhood home and turn it into a museum (his GoFundMe goal was only recently reached in February 2021 after the movie came out).  While Fred Hampton himself never would've wanted to be idolized or considered a celebrity, he's been one of my personal heroes for a long time.  The best way I can think of to honor his memory, aside from making sure his family is taken care of, is by focusing on class unity and the power of The People.  Anyone willing to work toward the common goal of bettering the material conditions of The People--ALL OF US--can stand beside me in the struggle.