The Pharcyde: Where It All Went Cydeways 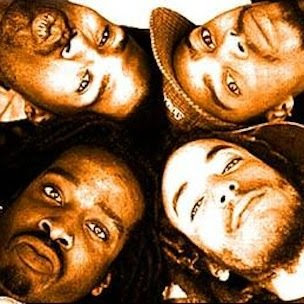 Alternative Rap group The Pharcyde emerged from a place and time that was highly unlikely.  Coming from South Central L.A. during the most violent period in the region's history, they were a breath of fresh air, providing light-hearted rhymes during a time when political hip-hop like Public Enemy was fading and gangster rap was beginning to take off.  Their brand of cool skater rap with hilarious punchlines over smooth jazz beats was unlike anything else around at the time & has aged like fine wine in a fickle industry.

Their first album Bizarre Ride II the Pharcyde was hailed as a masterpiece by East and West Coast heads alike, setting them on course to perform alongside big bands like De La Soul and A Tribe Called Quest at Lollapalooza. Their second album Labcabincalifornia hit an entirely different note and was not as critically acclaimed at the time, though it has gone down in hip hop history as a classic for its moody production (by the late great J Dilla) and overall lyrical quality.  The band's most eccentric member Fatlip departed after this album, leaving 3 members behind to carry on the Pharcyde name.  They released one more full album, Plain Rap, in 1999 as a trio before Tre Hardson, the lightskinned crooner of the group, left for good.  This caused a huge rift between the 4 men that still hasn't been entirely mended to this day. 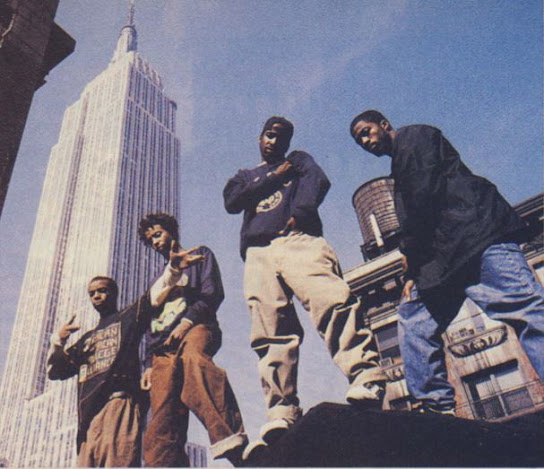 The guys started out as dancers in the late '80s, with Imani, Tre & Bootie Brown serving a stint as backup dancers on In Living Color for a short period before landing a recording deal alongside Fatlip with Delicious Vinyl in 1991.  They worked with producer J. Swift on their first album Bizarre Ride II the Pharcyde and then enlisted the beloved J Dilla for Labcabincalifornia, as J. Swift had succumbed to a nasty crack addiction by then and was living on the streets.  Though the guys only had two proper full-length albums as a group, they did some of the most innovative work in that time.  Their videos were elaborate & included stunts like skydiving onto an island ("She Said"), white slavery ("Runnin") and learning to rap entire verses backwards with the help of a linguist (see video for "Drop" below).

Since this is a drug blog, I'd be remiss not to mention the group's epic weed songs.  Bizarre Ride had "Pack the Pipe" which contained the hilarious and controversial Fatlip verse about toking with a curious 4-year-old while Labcabincalifornia had "Splattitorium," with its 420-friendly chorus.  The Pharcyde were known as the Merry Pranksters of hip hop at a time when comedy was sorely lacking in the game.  Violence was still soaring as the crack epidemic and gang problem was coming to a head in the early '90s.  Ironic, jokester artists like Eminem wouldn't debut for years yet, so it's hard to emphasize just how different and refreshing the group was.  Influential too.  L.A. Weekly ranked them #5 Most Influential Hip Hop Band of All Time.  Their fanbase includes people of all backgrounds, from white Colorado snowboarders to NY backpack hip hoppers to Amsterdam natives. 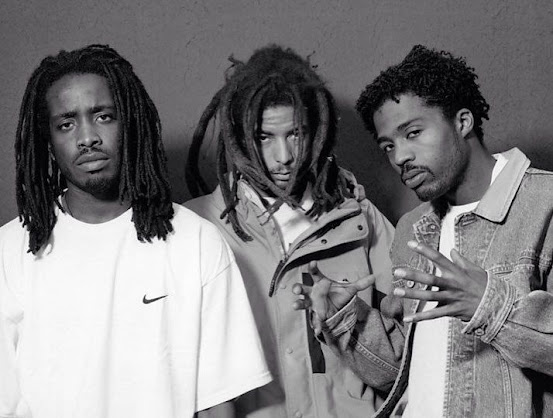 But it became clear by the release of Labcabincalifornia that the members were going in different directions creatively.  The video for "She Said," for instance, is rife with this mix of conflicting energies.  You see Tre trying to be serious with his soulful singing while Fatlip is doing his best to be goofy and blow it off.  And Fatlip doesn't even have a proper verse on "Drop".  The documentary "Cydeways" was released around the time Fatlip was kicked out and offers a good look at the band during this transitional period along with some of their greatest hits and videos.  They didn't seem to have any lasting hard feelings against 'Lip, but it was Tre's departure that really created the severe rift in the group, causing Imani and Bootie to become distant and start performing under the Pharcyde name as a duo.  Their 2004 album Humboldt Beginnings received little attention, critical or otherwise, and they sort of faded from the spotlight as a group after that for several years.

Personal problems with Fatlip and Tre were the main reasons for the breakup from what I can gather.  Fatlip didn't approve of Tre's singing and had picked up a cocaine habit as well as taking to Ecstasy while the other guys were strictly weedheads.  This caused the initial issues leading up to his departure.  What happened with Slimkid3 (Tre) is a bit murkier.  He's alluded to a "nervous breakdown" in a Hip Hop DX interview but aside from that, it sounds like creative differences.  He began engaging in side projects with everyone from Brian Austin Green to Korn to G. Love & The Special Sauce, eventually branching off into full-blown solo albums.  That's all well and good but there's no denying that it takes time and creative energy away from the core group.  This pissed Bootie Brown and Imani off and they'd eventually had enough, causing Tre to leave for good after the release of Plain Rap in 1999.  More about their creative differences here.

Fatlip had a modest hit with his solo album The Loneliest Punk in 2005.  The Spike Jonze documentary that came out with it was sadly enlightening about where his mind was at the time.  It's clear he has some level of depression and is very self-conscious, introspective and open about his low points.  It's impossible not to like the guy.  He's a damn good lyricist and could probably achieve a lot more if he was properly treated for his mood issues instead of the constant self-medicating--something I can relate to.  Some have likened Tre & Fatlip to the McCartney & Lennon of the group, claiming Imani and Bootie Brown are messing up the legacy by carrying on the Pharcyde name.  That's a bit harsh but I tend to agree with the assessment in terms of raw talent.  Tre is multi-talented in terms of rhyming and singing while Fatlip is arguably one of the most unique and interesting vocalists on the underground scene, his self-deprecating humor matched by no one.

But with great talent tends to come great eccentricity and ego, which seems to be what happened here.  Imani and Bootie Brown seem to be the most focused on the brand as a whole while the other two have wanted to venture off into solo work, outside collabs, DJ'ing and various other things that have siphoned focus from the group.  For a time, Fatlip was abusing cocaine.  (He talks about this in the Spike Jonze documentary "What's Up, Fatlip?")  So no matter how talented they may be, none of that matters much if they can't stay in groupmode where their talents will be put to best use.  It's not fair to blame the two remaining members for messing things up when they've held it down all these years as the others have gone off to "find themselves creatively" or whatever.  Keeping a band together and relevant requires a concerted effort on everyone's part; there's not a lot of room for side projects and self-promotion.

And the situation may be a lot deeper than that.  But from the interviews I've read, that's the impression I get.  Fatlip left (or was kicked out?) first followed by Tre.  That part is indisputable.  And so is this part:  The 4 members are best together rather than solo.  I think everyone would agree.  It's similar to the Bizzy & Krayzie Bone situation--both of those guys are highly talented in their own right but fans prefer them with Bone Thugs-n-Harmony as a group.  It's hard not to look at all the lost years of youth that have been wasted bickering and going down blind alleys but all 4 Pharcyde members are still alive so all is not lost.  If they can get a mediator and sit down with a fresh mindset with the intention of focusing on the group project, they can get their fanbase back and win over new fans.  Even put out new music.  I'd be here for it.  What I'm not here for are the lawsuits, fighting over who gets to use the Pharcyde name and who's to blame for the initial breakup.  Life is too short.

In the meantime, check out this comprehensive collection of Pharcyde & Slimkid3 music from Tre Hardson's website.  Most of it isn't on Spotify but some can be found on Youtube.  And this documentary from 2002 has all their greatest hits with interviews/concert clips in between.  (It was shot in that awkward era after Fatlip left but Tre was still with the group).  There have been some worthwhile solo and semi-group projects in recent years, among which include 2007's "All I Want for Christmas (Is Somebody Else)" feat. Slimkid3 & Fatlip, as well as Fatlip's 2017 solo guest spot on Portugal. The Man's track "Mr. Lonely".  But so far no true Pharcyde albums featuring all 4 original members since Labcabincalifornia in 1995.  Bootie Brown did an AMA on Reddit in late 2020 that can be found here. 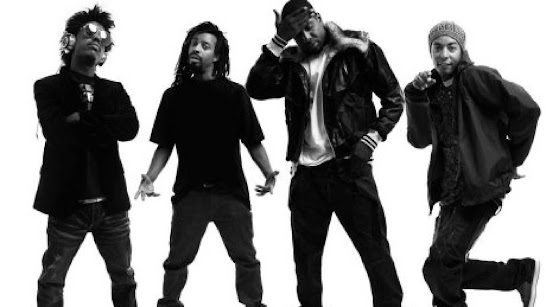