Kurt Cobain: Real Stomach Ailment or Excuse to Get High? 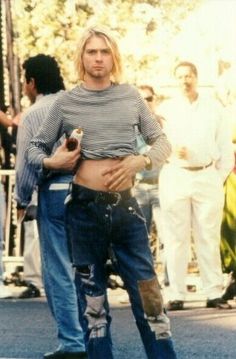 As someone who suffers with chronic pain & fatigue, one of the most hurtful things is when people don't take me at my word that I'm really as unwell as I claim.  I haven't had adequate healthcare for 90% of my life so I don't have all the answers as to WHY I feel so terrible, but I know I'm not functioning at 100% (or even 30% most days) despite looking relatively okay on the outside.  Several conditions have been suggested but I've lacked the funds to chase down a definitive diagnosis.  At the same time, I'm also a user of substances like kratom, cannabis & the (very) occasional opioid painkiller--all things I started experimenting with years AFTER my chronic illness symptoms set in as a child.  I use them both for recreational purposes as well as self-medication.  It's quite possible to do both & do it responsibly.


I've always idolized Kurt Cobain who seemed to share these dual realities.  While hanging around some Nirvana forums, I've run into a few self-assured jerks who just KNOW that Kurt's well-documented stomach condition was a farce--either something he used to score pills from doctors or an excuse to use heroin.  Even one of his acquaintances from the band The Melvins, Buzz Osbourne, claims to know with certainty that Kurt's stomach condition was "bullshit".  Because "heroin addicts puke.  It's called puking with a smile on your face."

That contrasts starkly with the medical report from Kurt's doctor when he was only 10 years old, claiming he was hospitalized for "failure to thrive" (malnutrition).  There are references to this hospitalization in both Heavier Than Heaven and this book about ADHD.  He always claimed his stomach pain went back to childhood & that his mom suffered from the same problem for a time.  In "Montage of Heck" we see various scenes where Kurt describes his vague diagnosis of a "red irritation" that's not quite an ulcer but obviously significant enough to be noted upon endoscopy.  What's cut out of the film is a scene in which Kurt's just had an endoscopy & recounts the horrors of waking up during the procedure with a tube down his throat as he attempts to eat his dinner next to a bucket of puke.  It's a truly heart-wrenching scene.

Who would subject themselves to endoscopy after endoscopy & nauseating meds like ampicillin if they're just "faking" a stomach problem?  Kurt could get any drug he wanted on the black market--he didn't need to fake pain to score pills.  This was a very ill man & his diet was restricted to only the blandest foods all his life:  macaroni & cheese, white bread, milkshakes, potatoes.  Again, that's a big sacrifice to make if you're just putting on a show & pretending to be sick. He was chronically underweight long before the opioid use started, as you'll see in the photos below.

There was one MTV interview near the end of his life where Kurt referred to his stomach issues as "psychosomatic" & "irritable bowel," though I get the impression that's just the conclusion he's come to after years of doctors throwing these wastebasket diagnoses at him.  I can certainly relate.  IBS doesn't cause you to vomit blood though.  It's an intestinal disorder, not a stomach disease.  It's far more likely Kurt suffered from H. pylori infection, Celiac disease or even some rare manifestation of Crohn's than simple IBS.

And just for fun, let's look at some pictures of Kurt before he started abusing heroin & other hard drugs on a regular basis.  Note how pale & gaunt he looks even in the earliest days of his aspiring career:

In any case, his problems reached a breaking point on April 5th, 1994 when he exited this world via gunshot wound to the head.  While the stomach pain wasn't the ONLY contributing factor in his death, it was undoubtedly a decades-long agonizing problem that helped drive him over the edge.  How do we know?  Because he mentions it in his final address to the world--his suicide note.  "Thank you all from the pit of my nauseous, burning stomach for your letters & concern during the past years."  Guess that's just one last attempt at sympathy seeking for good measure, eh?  Not like he'll be around to reap the benefits of saying something like that, but what the heck.  Why not include a total lie in your suicide note to the world & your family?  😒

Let's assume for just a moment that Kurt also benefited from opioids mentally & emotionally.  Maybe even recreationally at times.  He was bipolar & suffered severe bouts of depression from about age 9 onward and was diagnosed with ADHD at a very young age.  Why is feeling good a crime?  And if it happened to help his intestinal symptoms, EVEN BETTER!  Right?  Heroin slows down GI movements (peristalsis) which results in constipation in people with healthy bowel function but can have a normalizing effect on people with diarrhea & overactive bowels.  He claimed to be "fatter & healthier" while using drugs in one interview, which supports the assertion that heroin did help his stomach condition.


Perhaps Kurt didn't need something as strong as heroin when he was just a nobody couch-surfing in Aberdeen, but when he hit it big & was forced to tour & perform & record constantly, that changes things.  You can't afford to miss engagements when you're an A-list rockstar.  I don't think most fans grasp just how strong the pressure is & how little sleep/downtime these celebrities get.  They're expected to create art while being pushed to their physical limits with concerts, tours, interviews & other engagements with no time to recharge.  We all saw what happened near the end of his life when he declined to play Lollapalooza & chose instead to take some time off after his overdose & bout with bronchitis in Rome.  His label, band & wife gave him an ultimatum:  go to treatment or we're all done with you.  You're the golden goose...start acting like it.

It's attitudes like these that drive drug users & mentally ill people over the edge.  Please put yourselves in our shoes & realize that self-medication with illicit drugs is often a last stop before suicide.  We've tried everything else available & aren't willing to be blamed or shamed for our illnesses--mental or physical--any longer.  Before demanding total sobriety & restrictive rehab, look into harm reduction.  Work with us & listen when we open up about our personal struggles.  Look beyond the addiction & realize it's a symptom of a much bigger problem & will never get better until that underlying problem is solved.

At the same time, hold us accountable for keeping ourselves & others safe by not letting us drive while intoxicated, not bringing drugs around children or going off our prescribed psych medications without a doctor's supervision.  Insist on using protection to avoid unplanned pregnancy if you or your partner is an addict.  If a loved one engages in these dangerous/irresponsible behaviors, file a police report (if applicable) & then leave.  Don't enable bad behavior.  But don't treat us like children either.  That's how you can support people like Kurt instead of driving them over the cliff with your self-righteous demands.

(Note:  I fully appreciate how hard it is to live with an addict & constantly worry that they're going to drop dead of an overdose at any minute, so I don't begrudge his loved ones the right to hold an intervention.  I just think the timing & methods were all wrong.  Courtney was clearly pissed he dropped out of Lollapalooza for financial reasons & was very likely cheating on him if what their close friends say is true.  Never mind the fact she had her own polydrug abuse issues. Kurt DID owe it to his daughter to be a sober & present father, but you can't force an addict to get clean.  You can only support them until they're ready to change & refuse to enable them directly with money or favors).

If Kurt had been a strong-willed confident man, perhaps he could've told them all to fuck off & taken some time off to do drugs & paint or write songs like he wanted.  But he wasn't a confident man:  he'd been rejected by his parents, failed at getting clean multiple times & had his name dragged through the mud by journalists who called him every name in the book & got CPS involved.  He couldn't handle another divorce, especially one as public as his & Courtney's would be.  Mostly, he couldn't subject his daughter to that pain--the very pain he'd always claimed ruined his life as a child--so he did the unthinkable. And that really sucks. 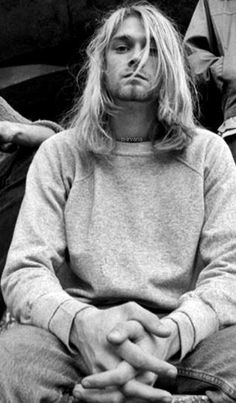 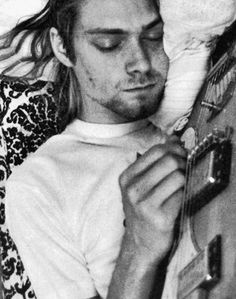 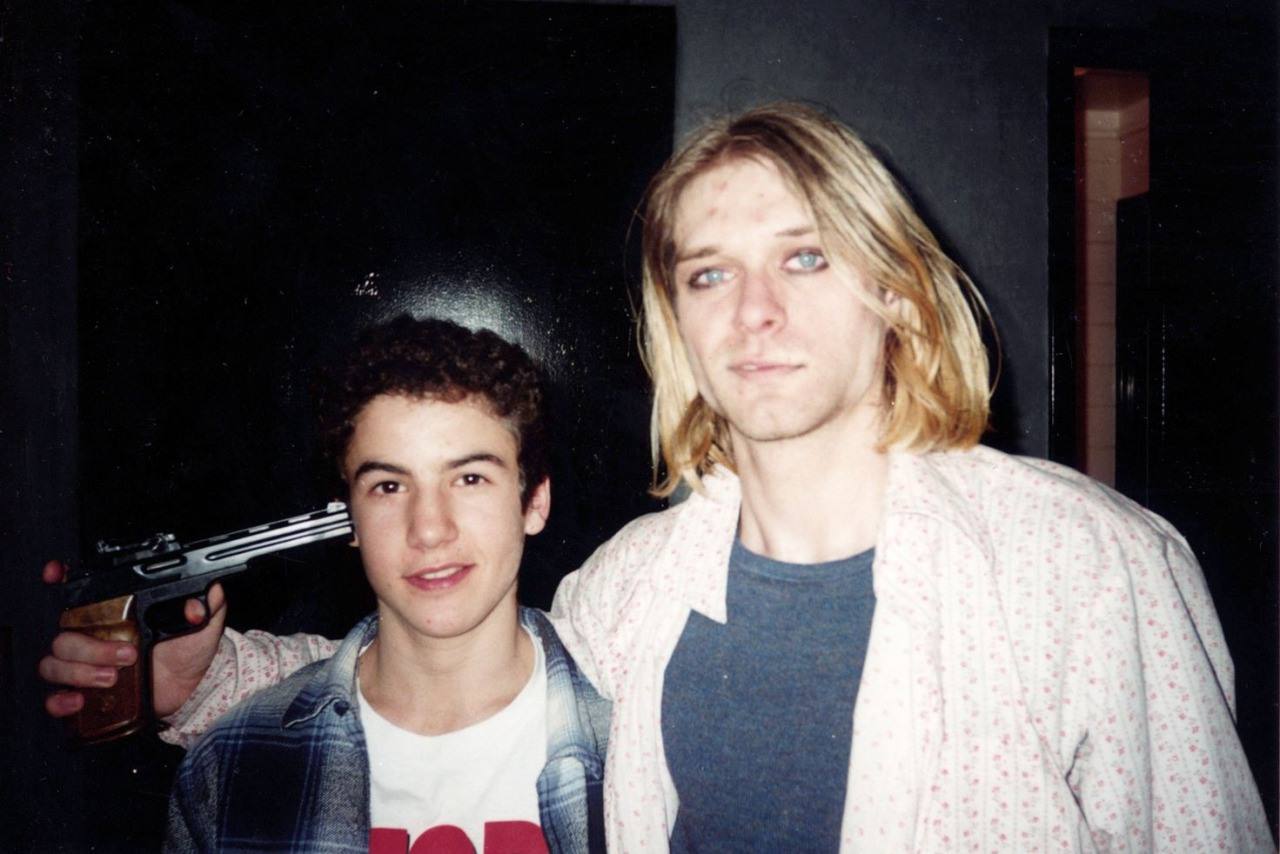 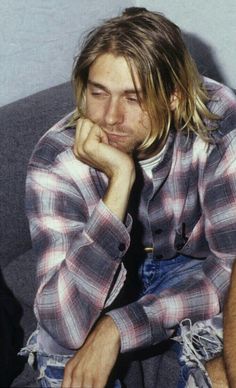