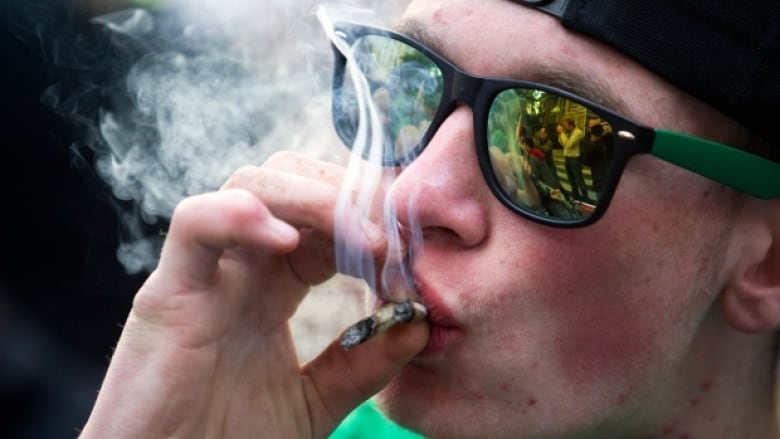 If you're reading this, you're probably an adult drug user or enthusiast.  Safe assumption?  Yeah.  Thought so.  And if you're like most people, you either have children or will have them one day.  (Childfree people are still a minority).  I've heard many parents & future parents discuss how they will address the issue of weed & other drugs with their children with a bit of trepidation & angst.  It's one thing to get high yourself & another to promote drug use to your underage kids.  Quite.

As much as we hear that you shouldn't experiment with drugs before your brain is developed around age 25, a majority of pot smokers do experiment in their teen years--some time between 16 & 18 usually.  Alcohol use often occurs even sooner.  What is it about the teen years that drives kids to want to try drugs like weed in the first place?  And what are the REAL effects on brain development & future addiction potential?

We've had plenty of studies showing a plethora of negative effects among weed smoking adolescents:  increased risk of mental illness, changes in gray & white matter integrity, impaired memory & even lowered IQ.  This is really indisputable in the scientific arena (sorry, kids).  I can tell you from personal experience that weed was like crack to me as a 16-year-old stoner.  I would skip class to smoke it--something I NEVER did before.  It caused me to overeat & gain a lot of weight due to the munchies; something else that was very out of character.  And I hung out with some very dangerous people just to get weed in my small town...something that could've gotten me killed & did cause me to get ripped off many a time.  But I didn't care because weed was priority #1.  I craved it.  My legs would start getting twitchy whenever I smelled fresh weed getting broken up.  Silly as it seems, it was a legit addiction for me at that time.

However, as I got into my college years, weed lost its power over me.  I was better able to prioritize it--I no longer cut class to get high or hung out with literal gangsters to obtain it.  This was likely due to increasing maturity as my brain developed.  Plus, by college I'd gotten into experimenting with other drugs like shrooms & opioid pain pills; something I probably wouldn't have been as gung-ho about if not for the years of weed use in high school.  (Note: I'm NOT calling weed a gateway drug.  That theory has been disproved.  However, I am saying that my early use of weed before I was old enough to properly contextualize it primed me for trying other drugs sooner than I might have otherwise).  Overall it was my mental illnesses & general misery that underlie ALL my substance use, but the earlier you start playing with substances the more likely you are to escalate to harder stuff.

I do wish I would've waited a little longer to start using substances including cannabis.

There, I said it.  Not a lot of people are willing to admit that, particularly those who still use cannabis.  But enough about me.  Alcohol is quite certainly worse in terms of health risks to the developing brain, and isn't harm reduction better than nothing at all?  Teens are going to be curious, rebellious & prone to experimentation when in that groupthink mode.  It's a tale as old as time.  So what's a parent to do?  The solution isn't to lie about the risks of drugs.  When they try them for themselves, they will immediately see that you've exaggerated & assume you're lying about other more important things. And trust me--there are far worse things than a little pot.  Plus, teens are naturally rebellious & like to test authority whenever possible.  If you malign marijuana they're more likely to crave it due to the 'forbidden fruit' aspect too.

The best compromise is to arm your kids with accurate, balanced info that informs them about both the good & bad effects of drugs.  As bad as drug use is for the developing mind, and as detrimental as addiction is to every aspect of a person's life, there are still very legitimate reasons people use substances to begin with.  Denying that is counter-intuitive.  Weed makes you giggle.  It makes you feel happy, hungry & creative...at least for a while.  The comedown can cause drowsiness & mental dullness that makes a long day drag on forever.  While pot can be a communal bonding experience it can also cause shady friends to use you for your money or weed.  And in many places it can still get you arrested (it's always illegal for children, as it should be).  Some of these experiences must be felt first-hand by kids before they truly understand the weight of them.

However, there's a huge difference between getting high or drunk & driving while high or drunk.  A world of difference between having consensual sex and raping someone while you're both under the influence.  These differences need to be made crystal clear to your kids so they don't make a deadly mistake or end up in real trouble.  Teach your kids consent as well as respecting the rights & safety of others long before they're teenagers.  Part of your job is making sure they don't automatically get a car when they turn 16 or an iPhone when they demand one.  They must show true maturity first. And even then, there must be limitations.  Supervision & monitoring on your part.


Erowid.org is one of the oldest & most comprehensive sources of drug info on the internet.  Refer your kid there if they want additional info about a substance.  It's a treasure trove of virtually every rare & obscure drug in existence and shows the good, bad & ugly sides of them all.  You don't have to know everything about every drug to provide quality info.

Parents have to pick their battles.  In a perfect world, kids wouldn't be curious about drugs at all & would wait until age 25 to begin experimenting.  But think back to your own teen years.  Really think about how you felt at 14, 15, 16 years old... Were you interested in altering your consciousness & having a good time?  Most likely you were, and that's normal.  In my opinion & experience, it's not the worst thing in the world if a teenager makes an informed decision to try weed or small amounts of alcohol or even psychedelics.  As long as they're in a safe environment with people they trust, these experiences can be enriching at best or difficult learning lessons at worst (think hangovers & embarrassing incidents in front of friends while intoxicated).

What's NOT okay is letting kids have access to hours of free time alone with friends & the internet where they can acquire all kinds of drugs & view all manner of violent porn, which will then warp their views about sex & drugs.  THESE are the hills you should die on as a parent.  Teach them that using substances doesn't absolve them of responsibility for any other bad choices they make.  If you drive drunk & kill a family of 4, you are still a murderer.  If you have "drunk sex" with a person who's also impaired & they feel violated afterward, you've committed rape.  If you cut class to get high too often & flunk out, you'll be staying behind to repeat the grade.

Oh and P.S. - Don't get high or drunk with your kids.  You could be put in prison & it sends a terrible message about the boundaries between adult & child activities.  You are their parent...not their friend.  That's not how respect is earned.  Have those difficult discussions & place limitations on their access to adult material instead.  Then trust them to go out in the world & make good decisions.
at February 27, 2019