If you've never seen The Decline of Western Civilization Part 1, please do yourself a favor & go watch it now.  It's full of trashed punk rockers in their native habitat during the height of the Hardcore/Punk craze of the late '70s, but one wasted star shines brighter than the rest:  Darby Crash.  His performance is both funny & disturbing--he stumbles around the stage demanding more 'free beer' & drawing on his face with a magic marker while clearly fucked up on multiple classes of narcotics.  One immediately feels for the club owner who has to clean up after him.

Clip from The Decline of Western Civilization

My first thought upon seeing him was, "No way this dude is still living."  And I was right.  Mr. Crash died not long after the film was finished on December 7th, 1980...one day before John Lennon's assassination.  He was not especially poetic or talented as a musician; to say otherwise would be dishonest.  But he did have heart.  And a lot of problems.

Darby Crash (aka Jan Beahm) was born in Venice, CA & raised by a single mother with an alcohol problem who entertained a number of unstable suitors, some of whom were violent.  Darby witnessed his older brother die of an overdose as a child as well as seeing one of his mom's boyfriends pass away.  To put it mildly, his childhood was rough.  In high school he attended a Scientology-based program which he didn't take too seriously.  About this time he & friend 'Pat Smear' began using LSD & developed a small cult of followers who also took the drug, which was forbidden in Scientology.  They were accused of brainwashing their peers & expelled from the school, predictably.  Not long after their dismissal they formed punk rock band The Germs.

What makes Crash unique was his "5-year plan" for success.  This consisted of a plan to form a band, record & perform music furiously, gain a following & then commit suicide after 5 years to die a legend.  Today we'd call this 'severe mental illness' but from a career perspective nothing is more effective than dying young in the entertainment business.  If one is suicidal anyway, this might seem like a reasonable way to go.  He certainly did use those years to the best of his ability, manically performing & writing music while abusing every drug he could get his hands on.


Not much is known about his sex life (or if he even had one), but it's widely accepted that Darby was gay.  To what extent this contributed to his depressed mental state it's not known, but homosexuality was not welcome in the late '70s/early '80s punk scene & was openly mocked by bands like Fear.  Crash seemed to substitute drugs for love; by the end he had a serious heroin addiction and was known to inject speed & other drugs.  His behavior was aggravated by the drugs & his performance only got more rowdy, causing the band to get kicked out of every club in L.A.  By the time The Decline of Western Civilization was filmed, The Germs had to rent a room to film their scene in.  They had also taken to performing under the moniker "Germs Incognito" or G.I. so as to trick club owners.

On December 3rd they played their final show as The Germs with all the original members.  On the 7th Darby died of an intentional heroin overdose alongside friend Casey Cola, who had planned to kill herself as well but survived.  As luck would have it, Darby's death was largely overshadowed by the murder of John Lennon the following day, which just goes to show you can only plan your own posthumous legacy to a point.

So what IS the legacy of Darby Crash?  He was a troubled young musician who died after a period of hard living...one of many.  It can be hard to see the individuality in dead rock stars when so many die in the same pathetic way, but each is an individual with their own unique story of pain & triumph that should be remembered.  Darby saw too much death too young & lacked a strong support system in his adult life outside his band mates.  He didn't feel comfortable being himself & never found anyone to share his life with sexually or romantically, which can also take a toll.  It's easy to blame drugs but in most cases they're the symptom rather than the primary problem.  He was passively suicidal long before he actively killed himself which is not uncommon among addicts.  Perhaps the saddest thing is none of his friends believed he was serious about his 5-year plan until it was too late.  This highlights the importance of taking ALL suicide threats seriously.

While The Germs were largely considered a "joke band," they did have some talent & ambition:  guitarist Pat Smear went on to play in Nirvana & The Foo Fighters.  And Darby himself probably would've made good on his few promising moments if only he'd buckled down & focused more on the music & less on the legend-making.  There are glimmers of brilliance in his songwriting & he was an inspiration to many '90s rockers who cut their teeth on Punk.  In 2007 a biopic about The Germs called "What We Do Is Secret" featuring Shane West as Darby debuted to critical acclaim. 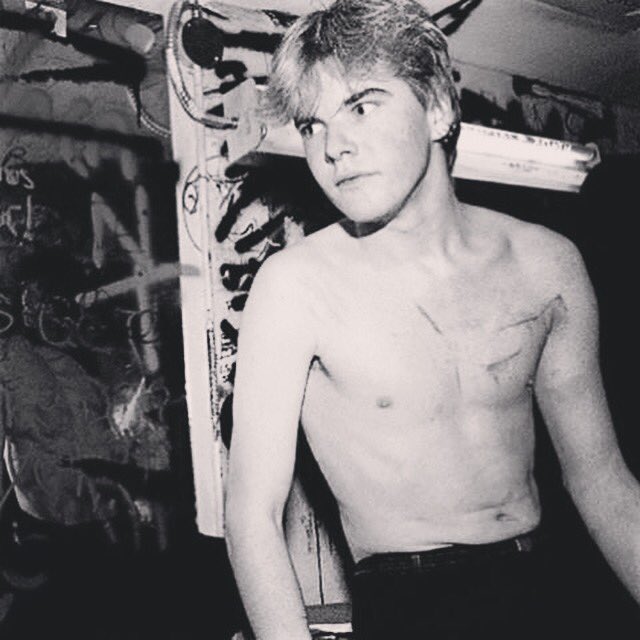