Plant Growth Regulators: The Dangerous Secret In Some Hydro Bud

With the rise of legal & decriminalized cannabis, we assume that things will get safer.  After all, dispensaries have certain quality control practices they must follow, right?  While it's true that legal cannabis may be "cleaner" in terms of fungi, bacteria & other contaminants, there are other potential health risks lurking in some hydroponic weed.  Namely, plant growth regulators.  These substances include chemicals like daminozide (Alar) and paclobutrazol and are used to retard the upward growth of cannabis plants while increasing bud density.  They are not pesticides and serve no legitimate purpose other than speeding up harvest & increasing bag appeal, and they're potentially very dangerous to your health.

Plant growth regulators have many uses ranging from keeping golf courses in check & improving the aesthetic appearance of flowers to limited use in some food crops.  Not all plant growth regulators are dangerous to human health.  Some are safer than others & merely inhibit or enhance natural substances like Gibberelic acid within the cannabis plant.  But some are more questionable.  Daminozide (Alar) was found to be a likely carcinogen in the 1980s & caused a huge public outcry that eventually attracted the attention of celebrities including Meryl Streep & Walter Cronkite.  To this day it's still banned for use on food crops.  Ditto for paclobutrazol.  While it's sometimes applied to crops after harvest, it's been shown to cause liver toxicity in high doses & has not been sufficiently studied in humans to determine the safety of low doses over time. 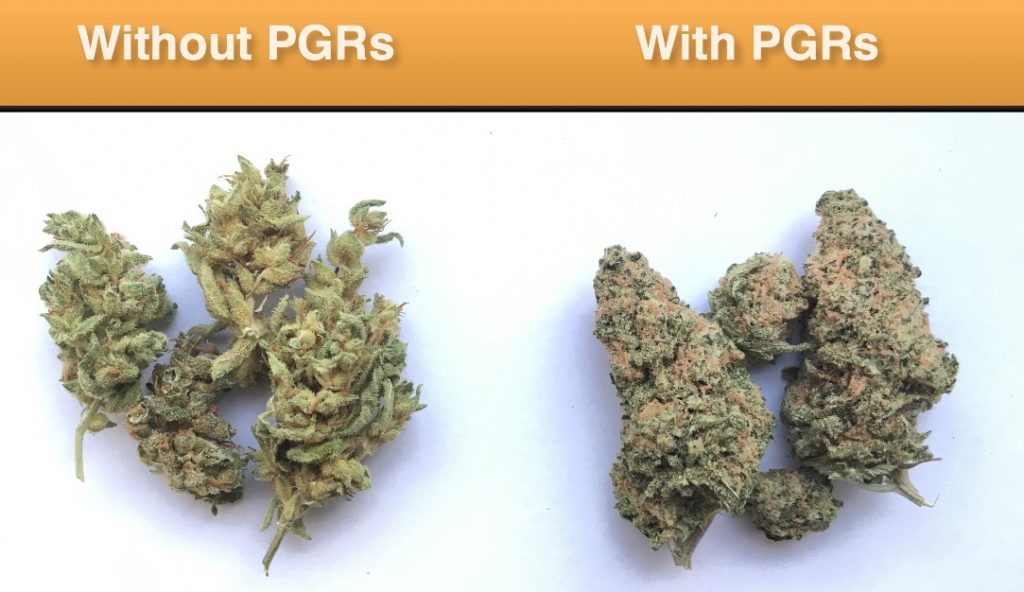 So just how dangerous are these compounds when ingested in cannabis?  Common sense says that, if they're known toxins in high doses, they are most likely dangerous in chronic low doses as well.  And little is known about what happens when they combust during smoking.  More troubling is the fact that a number of cannabis fertilizers contain these substances without listing them on the label.  These brands include but aren't limited to:  Phosphoload, BushLoad, Flower Dragon, Bushmaster, TopLoad & Gravity.  If they are so safe, why hide the fact that you're including them in your products?  All of these brands have been banned in California due to their deceptive labeling but are still sold "behind the counter" in some hydroponic shops across the country.

When used in excess, PGRs like paclobutrazol can fully deform the cannabis plant, twisting the leaves & causing the buds to grow an abundance of red pistils.  This problem is a full-on epidemic in Australia where weed grown with these chemicals is colloquially called "Bikie Buds," "Paclo" or "PGR".  The high is short-lived & often results in a headache or nausea on the comedown.  Some of the buds don't even resemble cannabis & instead look more like those International Oddities legal buds sold in High Times back in the day.  I was taken aback by this phenomenon & really hope the Aussie government softens their cannabis laws soon to do away with the problem for the safety of their citizens.

We need to remain vigilant about this issue in the States as well, especially since legalization & widespread commercialization of cannabis is taking off.  The incentive to produce as much cannabis as possible to meet demand is extremely high right now as a few states shoulder the burden for the whole U.S. Ask your budtender about the use of PGRs on their products, or better yet, grow your own cannabis to avoid the whole issue.