As long as humans have existed, we've sought to alter our minds with an array of substances & activities.  There's never been a drug-free society in the history of the world.  Likewise for mental illness, unfortunately.  While many people associate drugs with causing mental illness, the relationship is actually more complex.  Sometimes the chicken comes before the egg:  mental illness has been shown to highly predispose toward drug abuse & addiction.  Sometimes, the egg comes first--in rare cases, drug abuse can appear to trigger a first episode of mental illnesses like schizophrenia or bipolar disorder.

And then we've got the seemingly contradictory situation of once-demonized drugs like psychedelics, MDMA & ketamine being integrated into psychiatry as potential new treatments for mental illness.  How does that work? 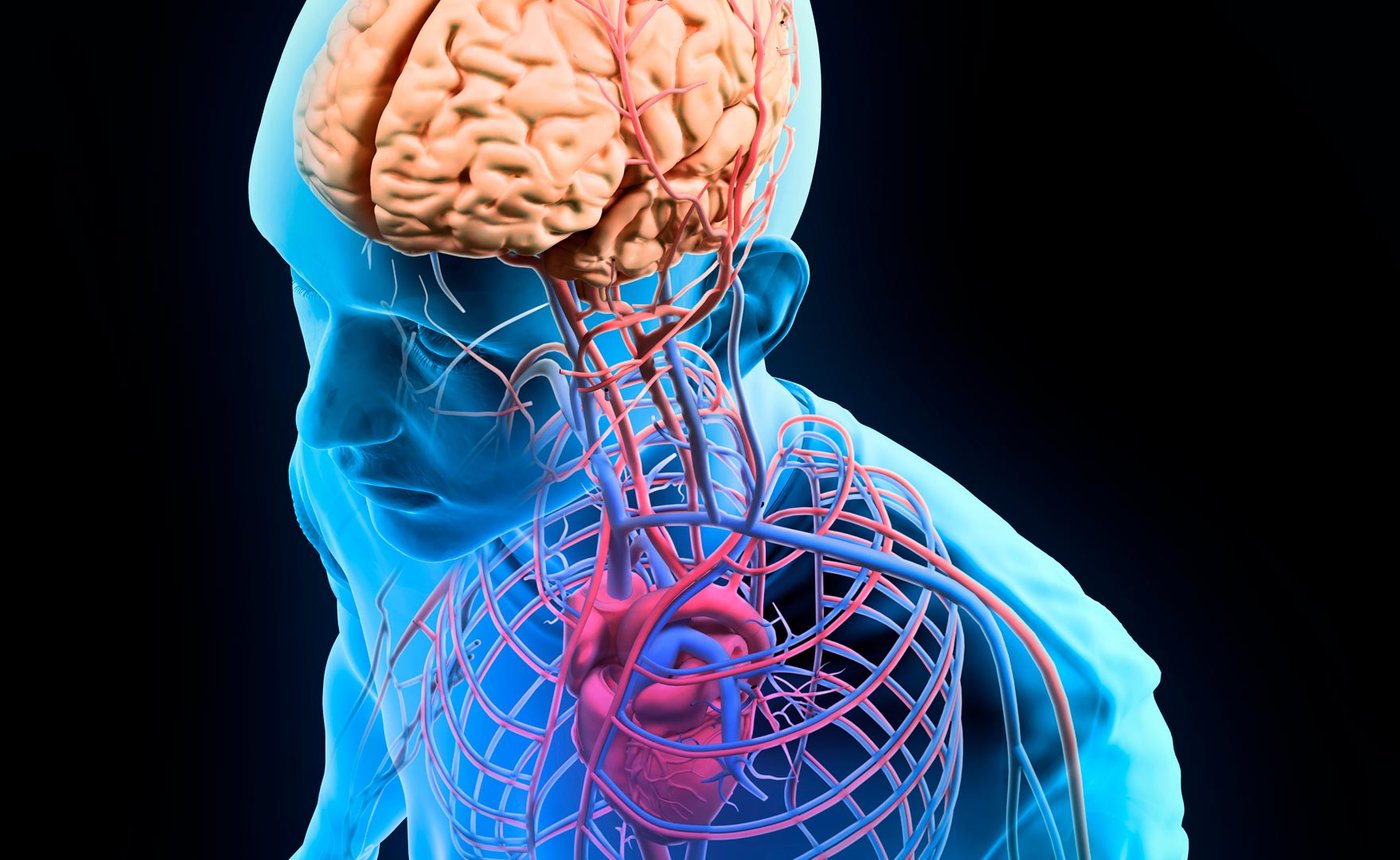 It can't be overstated that drugs affect people differently.  Wildly differently.  While alcohol is the single most popular intoxicant in American society (and many others around the world), it makes a good chunk of its users aggressive & hostile, hence the "mean drunk vs. happy drunk" stereotypes.
I happen to be a very mean drunk.  Even if I'm in a wonderful mood when the evening begins, after a shot or a couple small glasses of wine/champagne I'm ready to pick a fight over literally nothing.  My face gets hot, my mood tanks & I want to take my rage out on whoever I feel most comfortable around...usually my partner.  Knowing this, I avoid drinking at all costs.

But many people choose to keep consuming the substances that make them feel terrible which is a recipe for injury, legal troubles or even suicide.  The question is, why?  Why continue trying to fit a square peg in an octagonal hole...especially if it's making your life worse?  Wouldn't it be smarter to try & understand what's missing from your life & find a better way to fill the void...even if it's just a different drug?

Most people can see the trainwreck coming long before their lives fall apart, but what about those who appear to "lose it" after trying a new drug only once?  The vast majority of healthy people can use drugs safely without having to worry about permanent complications from a single use.  However, abusing potent or long-acting drugs like meth or the DOx series when you've got a history of mental illness can end in disaster.  There are several high-profile cases of previously functional folks triggering severe & persistent mental illnesses in this way.  Many of them are famous & considered creative geniuses so we have the privilege of knowing about their stories via celebrity.  The link between mental illness & creativity has long been noted... problem is, nobody's figured out exactly what it is or how to get one without triggering the other.

One of these infamous cases is Pink Floyd's Syd Barrett, who apparently became schizophrenic after taking too much LSD with the band.  The song "Shine On You Crazy Diamond" was written about him.  Former Pink Floyd bassist Roger Waters is quoted as saying: “It felt to me at the time that Syd was kind of drifting off the rails, and when you’re drifting off the rails the worst thing you can do is start messing around with hallucinogens … It definitely exacerbated the symptoms that, loosely strung together, you and I might call schizophrenia. He heard voices. He became incommunicative. He turned into a different person; [his eyes] were black holes in the sky.”


Jaco Pastorius, widely considered the best bass player in the world, went down a similar path after trying alcohol at age 25.  He'd always tended towards mania but became unable to manage his erratic moods after he started drinking & abusing cocaine.  He was involuntarily committed to Bellevue psychiatric ward & diagnosed with bipolar disorder shortly before his death.   While they were able to stabilize him in the hospital, he failed to comply with treatment once he returned home--something many bipolar patients struggle with.  Pastorius was murdered by a bouncer after kicking in the door of a nightclub in a drunken rage.  He had previously stated to police that he was a Catholic & couldn't kill himself so he wanted a cop to do it.  While we can only speculate, it's unlikely he would've died so young if he had taken his medication instead of choosing to drink & live an unstructured life.


And then there's H.R. (aka "Joseph I") from punk rock group Bad Brains, who slipped into schizophrenia after smoking tons of weed while immersing himself in the Rastafarian lifestyle.  The documentary Finding Joseph I documents his slide into mental illness & the things that precipitated it.  In his case, it appears that heavy weed use really did trigger his descent into un-wellness along with general life stress.  None of his bandmates--who smoked equally gargantuan amounts of ganja during that time--became mentally ill, which strongly suggests a genetic component.  But it's still worth noting that he appeared functional before the weed abuse & disorganized, confused & paranoid after.

Other suspected casualties of drug-induced mental illness include Roky Erikson of the 13th Floor Elevators & Daniel Johnston of the Butthole Surfers, who became obsessed with the end times after taking LSD at a concert.  You may even know somebody in your own life who has gone down this path.  It can be quite jarring.

That said, mental illness doesn't occur in a vacuum.  It's generally the result of an interplay between genetic & environmental factors...some of which we can't always see.  It's rare for a single use of a single drug to cause permanent disability or mental illness.  Usually the person has been over-using one or more substances & not taking care of themselves by eating or sleeping properly when the onset occurs.  They may even be under the drug's influence at the time you see them behaving strangely.  In that case, simply discontinuing it would likely be enough to improve the symptoms.

Stress of any kind is often a trigger for mental illnesses like depression or schizophrenia--at least the first few episodes.  That stress can include personal loss, worry or even the stress caused by a bad trip.  But the correct genes must be present for drugs to trigger mental illness in the first place (hence why I use the word "trigger" rather than "cause").  Said genes often run in families, which is why it can be useful to check your family tree--first degree relatives like parents & siblings especially--for mental illness before indulging in heady drugs like LSD or cocaine.

Some of the second-hand effects of drug abuse, such as sleep deprivation, social isolation & poor nutrition can also contribute to the onset of mental illness--particularly for those on the bipolar spectrum whose circadian rhythms are more easily disturbed.  If you're using on a regular basis it's vital to make sure you're keeping a good balance of work, fun & sleep to avoid sliding into unhealthy patterns.  Lack of structure leads to complications which can snowball into bigger problems as we've seen with countless overworked, over-partied celebrities.


As for why so many once-forbidden/illegal drugs are being explored as potential psychiatric medicines, the simple answer is that they hold the potential to help people when used in the right setting.  Before it was christened as the club drug "Ecstasy," MDMA was originally used in psychotherapy as a tool to help married couples & terminally ill people dealing with difficult emotions.  LSD has been shown in studies to curb alcoholism, while iboga is a promising alternative for treating opiate addiction.  Even opioids themselves can be therapeutic when used in patients with severe treatment-resistant depression.  ALKS-5461 is being studied for this purpose.  It contains the opioid buprenorphine & a blocker called samidorphan, making it somewhat similar to the addiction drug Suboxone.  Many users of kratom--another partial opioid agonist--take it to self-medicate depression with great success.  Just because something can be abused doesn't negate its medical potential (contrary to what the DEA & FDA tell us).

That said, there are situations in which these drugs would NOT be indicated, such as in patients with acute psychosis, delusions or mania.  There's a world of difference between using these meds in a therapeutic setting with a professional & ingesting them at a party or by yourself.  And NO drug is going to 'cure' a serious illness like depression or panic disorder without the patient putting in the ongoing effort to heal.  That effort usually comes in the form of talk therapy (CBT, DBT, counseling) as well as healthy habits like journaling, meditation, support groups & physical activity.

Want to know whether your drug use is helping or hurting your mental health?*  Ask yourself the following questions & answer them...honestly:

- Is the drug causing me to gain/lose too much weight or sleep too little/much?

- Have I been neglecting my job, relationships, personal health or hygiene due to drug use?

- Am I having more confrontations with the people in my life since I've been using this drug?

- Am I having more mood swings, nightmares or paranoia since I started using?

- Am I taking the drug to escape boredom & other negative feelings rather than enhance fun activities?

- Do I use drugs socially, or am I isolating & using them while alone?

- Has anyone voiced concern about my behavior since I started using this drug?

- Am I putting the high before other hobbies & social activities I once enjoyed?


...if you answered 'yes' to more than one of these, you should probably cut back on your drug use ASAP.  Recreational substances should be enjoyable & make you feel good (at least in the moment).  If they're making things more complicated, it's time to either replace them with something that's a better fit or quit altogether.

(That goes for weed & heroin equally, by the way.  Any substance can be used responsibly or abused).

*Disclaimer:  Self-assessment tool is not a substitute for professional psychiatric care.  Duh.