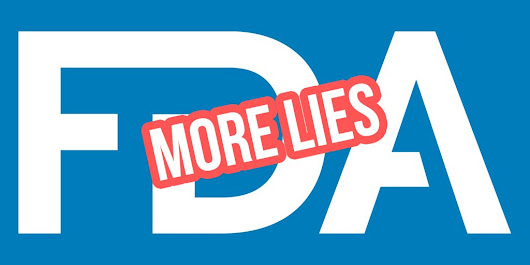 Since 2016, the FDA has tried and failed in numerous attempts to ban kratom or restrict its use by twisting the DEA's arm, import alerts, salmonella scares & various other avenues to no avail.  Numerous states have even passed their own kratom protection laws to help ensure its quality & purity in that time.  But their latest attempt shows just how desperate they are to do away with this plant.  They're now going global, contacting the World Health Organization in an attempt to achieve an international ban.  You read that right.  The American Food and Drug Administration, which is responsible for monitoring the purity of food and pharmaceutical drugs in the United States, is trying to get kratom--a plant that grows wild in Indonesia and is sold as an herbal supplement in the U.S.--banned worldwide.

If this happens, it sets a dangerous precedent for other supplements including vitamins, minerals, herbs & other items covered by the Dietary Supplement Health & Education Act of 1994 (DSHEA) as well as potentially other substances.  Worse yet, this impending kratom ban is part of a larger blanket ban on a number of substances including phenibut & brorphine as well as a synthetic cannabinoid.  This should never happen in the first place, as each substance must be individually assessed for its unique benefits & risks before being scheduled.  Once a drug is placed in Schedule I it's incredibly hard to conduct scientific research on its medicinal benefits, which the vast majority of substances currently in Schedule I have despite the specific qualifier that they don't.  (See:  cannabis, MDMA, LSD, psilocybin, etc.)  Even heroin is used medicinally in other countries as an end of life pain reliever but due to its "forbidden" status in the U.S. it cannot be easily studied by scientists.  Cannabis research is lagging by about 80 years for this very reason.

There is no reason kratom should suffer the same fate, nor should kratom users.  We should all be demanding to know what the FDA's real motivation is for going to such extreme lengths to ban this plant that's helped so many everyday people.  Their attempt to involve the WHO & achieve an international ban is unprecedented for an herbal supplement and must be called out as the authoritarian infringement on our liberties that it is.

And it's not just kratom that they're targeting:  phenibut (also included in the blanket WHO ban) has been used safely by hundreds to wean off alcohol or benzodiazepines or simply to get a good night's sleep.

And back in March of this year they shoved their nose into another area they're not wanted or needed:  the Benzedrex community.  Benzedrex is a legal over-the-counter inhaler that contains menthol, lavender and propylhexedrine, a decongestant sometimes abused to obtain an uncomfortable stimulant high.  It's been on the market since the 1960s when the original Benzedrine inhaler which contained amphetamine was pulled for being too dangerous/addictive.  In that time, Benzedrex has caused an extremely low number of deaths--most of which were in users who injected the drug.  Most users find it too caustic & repulsive to ingest more than once, yet the FDA found it necessary to "warn" the manufacturer about the problem of abuse which predictably caused a media storm, undoubtedly drawing in new users.

I had never used kratom until 2016 when they announced their big ban; I know this is true for many other users too.  Kratom's popularity on Reddit & other sites shot up immediately following the ban announcement and many payment processors responded by freezing the accounts of its vendors.  As one of the most powerful regulatory agencies in the world, the FDA has to know that publicly announcing that these obscure drugs exist draws in new (often underage & ignorant) users, leading to increasing death rates.  That in itself is criminal.

So the big question is, doesn't the FDA have anything better to do?  Why are they acting as the de-facto DEA, going around trying to ban various legal OTC drugs and herbal supplements that aren't killing people (or are killing a literal fraction of those dying from alcohol abuse, COVID, antibiotic-resistant bacteria, lead poisoned baby food, pet food containing pentobarbital, faulty medical devices or other things that are actually in their domain)?  Is Scott Gottlieb still pulling the strings from the shadows, livid about stepping down from his position early and being called out for his shady ties to fentanyl procuring company Cephalon and failing to get kratom banned while in office?

I see his slimy face speaking about COVID from time to time on the news.  Personal feelings about the man aside, it's a shame he's lost all credibility in matters of public health.  Much like Dr. Fauci, their advice on virology/immunology is not taken at face value because of their Big Pharma ties & history of half-truths.  Now that we desperately need to trust them about this pandemic that's killing millions, many don't.  Guess that's what happens when you put profits before people for so long.

Sadly, the problem goes deeper than Fauci or Gottlieb.  These government health agencies are awash in ex-pharma CEOs and bigwigs with huge stakes in the pharma industry.  It's a revolving door.  Just look what's happening with the Alzheimer's drug Aduhelm.  There's no hard data supporting its efficacy, yet it was given accelerated FDA approval for broad use & will likely strain Medicare to the breaking point.  The whole debacle is shaking up the FDA with claims of recklessness & conflicts of interest by consumer groups.  What a mess.

But these are the people claiming to know what's best for kratom users & other consenting adults.

If you enjoyed this article, please drop a small donation in one of the accounts below.  Google AdSense doesn't support "drug-related" content so I rely on your contributions to keep this blog running.  Also, please check out the American Kratom Association page for the latest news on what you can do to keep kratom legal.